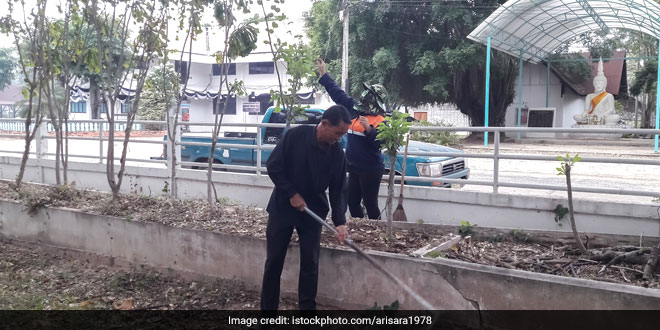 New Delhi: The Centre has asked all departments under it to undertake cleanliness drive on their premises, according to an official communique. All central government employees have been asked to contribute six hours of ‘shramdaan’ (labour) during the ongoing fortnight-long cleanliness drive. “Shramdaan activities may include cleaning of office complexes, residential colonies and public places including cleaning of drains, public toilets, waste collection drives, and awareness campaigns,” the Ministry of Personnel said in the directive issued to secretaries of all central government departments.

Prime Minister Narendra Modi launched the ‘Swachhata hi Seva’ movement on September 15. It will continue till October 2. The movement is aimed at generating greater public participation towards cleanliness. It is being organised in the run-up to the fourth anniversary of the Swachh Bharat Mission, on October 2, 2018, which will also mark the commencement of the 150th birth anniversary celebrations of Mahatma Gandhi. The prime minister has given a clarion call to citizens from all walks of life, including government employees, to join ‘Swachhata Hi Seva 2018‘ – as part of a ‘jan andolan’ (public movement) for achieving Mahatma Gandhi’s dream of a clean India, the Personnel Ministry said.

I appeal to the staff and employees of all ministries/departments to come out and join this Swachhata Shramdaan in large number along with their family and friends and contribute atleast 6 hours of Shramdaan during the September 15 to October 2 Swachhata Hi Seva Campaign. Their role will be crucial in making Swachhata Hi Seva a grand success, it said.

All employees are also requested to upload details of scale and nature of the undertaken ‘Shramdaan’ activities along with pictures on a portal – sbm.gov.in/shs – through mobile based OTP login, the communique said. The directive, issued by Personnel Secretary C Chandramouli, asked secretaries of the departments to lead their respective ministries/departments in conducting ‘shramdaan’ activities during the fortnight and make it a grand success, “which will be a fitting tribute to Mahatma Gandhi just before the commencement of his 150th birth year celebration”.

There are 48.41 lakh central government employees. The move may push some of the central government organisations and bring change on the premises where large scale construction material, unused furniture and vehicles among other discarded items are lying.