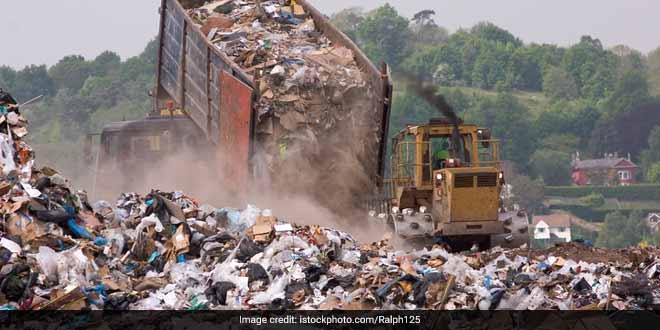 New Delhi: Waste management in urban India is a crisis area municipal bodies across the country are struggling to deal with, let alone resolve. The recent tragedy of Delhi’s Ghazipur landfill, where a garbage pile of 80 feet accumulating for a period of 33 years caved in on September 1 and resulted in the death of two people, has proven that the model of disposing of waste indiscriminately on a large area is bound to have repercussions, sooner or later. While several aspects of landfills such as them hosting massive amounts of garbage, generating toxic fumes and impacting livelihoods are regularly discussed, one aspect that is often missed out in landfill related discussions is the odour created by landfill.

Odour is defined as a perception of smell and landfills in urban India are not the best when it comes to odour management. Large stretches of land with ample garbage mountains are more commonly identified by the bad odour they produce than by sight. The Central Pollution Control Board in May 2008, issued a set of guidelines on odour pollution. The report stated that areas in urban metros where garbage is a crisis and tends to accumulate should be equipped with equipment like nozzles, sprayers and rotary atomisers (mist producing equipment) to spread odour reducing components. Despite the guidelines being issued in 2008, no urban civic body has employed these in eight years. Odour was also identified as a major polluting component under the Solid Waste Management Rules 2016, along with branding it as a public nuisance. Garbage and sewage were two principal sources of odour in cities.

Realising the growing importance of odour as a component of waste, the Central Pollution Control Board (CPCB) recently, in September 2017 came out with the ‘Odour Monitoring and Management in Urban Management of Solid Waste Landfill Sites’ report. The report, which was prepared for over a year chose Ghazipur as a case study to see the effect of odour in and around the landfill. The CPCB also measured odour as per its intensity level from a scale of 0 to 6, with 6 being extremely strong odour. The report stated that the odour from the landfill spread up to an area of 700 metres and even more at certain sections. The report also stated that since there were no odour management methods in place, the odour from the landfill had only deteriorated over the years.

The CPCB report, while highlighting the problems of odour also recommended certain solutions for municipal corporations to follow. The three primary recommendations suggested by the report can not only help municipalities contain odour from landfills but also minimise them.

Odour is one of the many associated issues of solid waste and monitoring odour is an important step to understand the many problems of municipal solid waste in urban India. While odour management is still in its nascent stages in India, it can be hoped that at the wake of the Ghazipur landfill tragedy, odour from landfills will be also taken as a serious issue.Waste mana