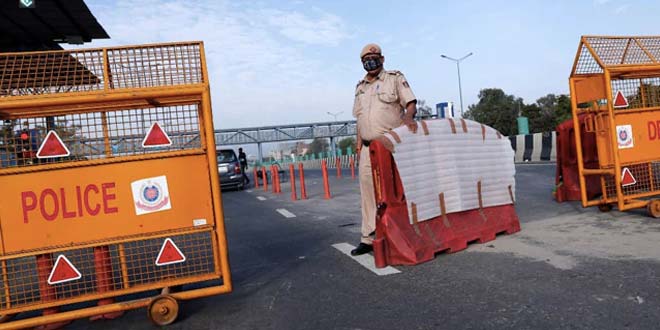 New Delhi: Almost three months after the first case of novel coronavirus was detected in India, the spread of the virus has been controlled as per the government data, compared to the huge transmission and fatality rates seen in some countries outside China, where the SARS-COV2 virus was first reported. Even the world health organisation (WHO) said that the COVID-19 outbreak in India is confined to clusters rather than widespread community transmission seen in some of the worst affected countries. Given the nature of the outbreak in India, the government’s strategy has been that of identifying hotspots and focussing on containing and controlling the outbreak within these defined areas.

Also Read: Explainer: What Is The Difference Between Pandemic And Epidemic?

What Is A Hotspot?

Of the country’s over 700 districts, 170 – roughly a quarter have been identified by the Centre as ‘coronavirus hotspots’ and have been marked under the red zone. According to the guidelines by the health ministry, an area with more than 15 COVID-19 cases is considered as a hotspot or a red zone.

What Does It Mean To Live In A Hotspot Area?

Lav Agarwal, Joint Secretary, Ministry of Health and Family Welfare while explaining the guidelines said that any place which is a hotspot or a red zone, no activity will be allowed there. He said,

The authorities will implement a strict lockdown in those areas and activities of only essential services will be allowed such as groceries, medicines and all. No one from that respective area will be allowed to go out and no one will be allowed to enter. A police officer with one or more member of the team will be present in the hotspot to ensure the lockdown is strictly implemented.

The ministry of health and family welfare says that special teams will be working in the hotspot areas, for door-to door survey and testing of people, which will be not just for COVID-19 but also influenza-related illness and SARI (Severe Acute Respiratory Illness). The ministry is yet to come out with a detailed plan for testing.

Moreover, as per the guidelines, in all the red zone or hotspots areas, relaxations after April 20 which the government announced one day after the lockdown 2.0 was implemented, will not be allowed. The relaxations include resumption of certain industries, services and agriculture related activities to restart economic activity after the nation-wide lockdown, while ensuring strict social distancing and sanitisation norms.

Also Read: What Are The Different Stages Of COVID-19 Transmission, Experts Explain

How Do Authorities Identify A Hotspot?

The rapid response teams present in different districts identify such hotspots. The decision of tagging an area as a hotspot is completely based on the number of new and existing cases which are traced by the authority at a given point of time. According to the health ministry guidelines, the hotspot inclusion criteria is based on the following:

Also Read: Coronavirus Outbreak: Understanding What Is Flattening The Curve And Its Importance

Apart From Hotspot or Red Zone, There Is A Orange And Green Zone, What Does It Means?

Along with the red zone, the centre has divided zones into orange and green categories. According to the guidelines, Green zones will be districts where there are no COVID-19 cases. While orange zones will be places which see less than 15 cases and report no increase in the number of positive cases over a period of time.

Also Read: To Fight Coronavirus Pandemic, This Company Has Developed A Contactless Mobile Van That Will Provide Doorstep Testing For COVID-19

When Does A Hotspot Become A Non-Hotspot Area?

Coronavirus Outbreak Explained: Why Is A Lockdown Important?

Coronavirus Outbreak Explained: What Is The Difference Between Pandemic And Epidemic?