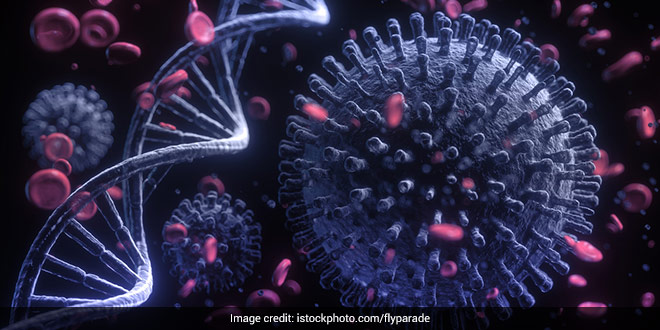 New Delhi: Sewage samples will be collected as part of a soon-to-be-launched environmental surveillance for SARS-CoV-2 to ascertain the intensity of the virus circulation in the community and detect the emergence of any new variant, official sources said on Wednesday (August 4). The exercise will be carried out as part of the INSACOG’s genomic surveillance activity and a chain of institutions and laboratories will participate in it. The Indian SARS-CoV-2 Consortium on Genomics (INSACOG) is a grouping of 28 laboratories involved in monitoring the genomic variations in coronavirus in the country.

The SARS-CoV-2 environmental surveillance is part of an overall approach for mitigation of a possible third or subsequent waves of COVID-19, an official source said.

For polio eradication activities, environmental surveillance became a tool for early pick up of the virus circulation in the community and also for ensuring high-quality acute flaccid paralysis surveillance.

Also Read: WHO Calls For ‘Moratorium’ On COVID-19 Vaccine Boosters Until At Least September-End To Address Vaccination Disparity

Even today, environmental surveillance is considered a sensitive and effective tool to identify circulation of any virulent poliovirus even when there was no obvious evidence of clinical polio cases, the source explained.

Building on the same experience, the country is now initiating environmental surveillance for SARS-CoV-2 and its variants.

“The exercise will involve collecting sewage samples from strategic points from urban areas for early identification of any variant of concern and variant of interest,” the source said, adding this will help in identifying the intensity of viral transmission in the draining communities and colonies.

This exercise is likely to begin in the next few weeks and will be carried out in major cities and urban settlements, including Mumbai, Pune, Bangalore, Ahmedabad and Delhi. Laboratories and institutions of the Department of Biotechnology, Council of Scientific and Industrial Research, Indian Council of Medical Research, National Centre for Disease Control and states will conduct this nationwide surveillance.

Flu Shot May Protect Against Severe Effects Of COVID-19: Study