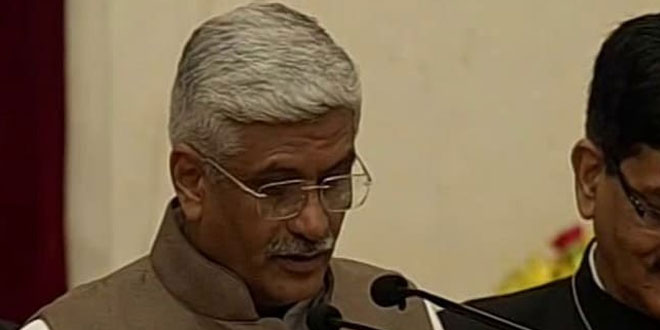 New Delhi: The government aims to reduce the time frame fixed by United Nation for providing tap water to all households in the country from 2030 to 2024, Jal Shakti Minister Gajendra Singh Shekhawat informed Rajya Sabha on Monday. The minister said emphasis is being laid on improving water level in water-stressed districts of the country and steps are being taken to recharge water by treating wastewater. The minister said,

The government aims to provide tap water to all households by 2024, reducing the time frame from 2030 as per the United Nations Resolution in this regard. Till the time the ‘Jal ka Andolan’ turns into a ‘Jan Andolan’ the things would not improve.

He said according to the NITI Aayog’s ‘Strategy for New India @75’, the per-capita water availability has decreased from 1,816 cubic metre in 2001 to 1,544 cubic metre in 2011. The minister said in the written reply,

While water is a state subject, the central government is working with the states to improve the water situation. In rural areas, under centrally sponsored National Rural Drinking Water Programme (NRDWP), the central government provides technical and financial assistance to state for improving the coverage of safe drinking water in rural habitations.

Mr. Shekhawat said as reported by states on Integrated Management Information System (IMIS) of Department of Drinking Water and Sanitation, out of total 17,25,808 rural habitations, infrastructure for providing safe drinking water as per the existing norms has been created in 13,98,292 rural habitations (81.02 per cent). He said,

He said under the National Rural Drinking Water Programme (NRDWP), states are empowered to utilise up to 25 per cent of NRDWP funds to mitigate the drinking water crisis in areas in their states by taking water scarcity mitigation measures.

He said the Ministry of Jal Shakti has been created in Government of India, integrating the erstwhile Ministry of Water Resources River Development and Ganga Rejuvenation and Ministry of Drinking Water and Sanitation.

The aim is to integrate water resources management so that the issues relating to water requirement for various sectors viz irrigation, drinking water, sanitation and rejuvenation of the river Ganga etc. are dealt with in a holistic manner under one umbrella. He said a meeting of state ministers of water resources and water supply was held on June 11 chaired by the Minister of Jal Shakti for a comprehensive review of activities taken up by the states for addressing the concerns arising out of the current situation.

The minister said the Prime Minister has personally addressed letters to all Sarpanches (village heads) in the country motivating them to take up water conservation activities like de-silting and cleaning of water bodies, rainwater harvesting, with people’s participation.

Aaditya Thackeray Shares An Ugly Truth About Plastic Waste In Mumbai, Internet Says ‘Enough Is Enough, Save The Environment’