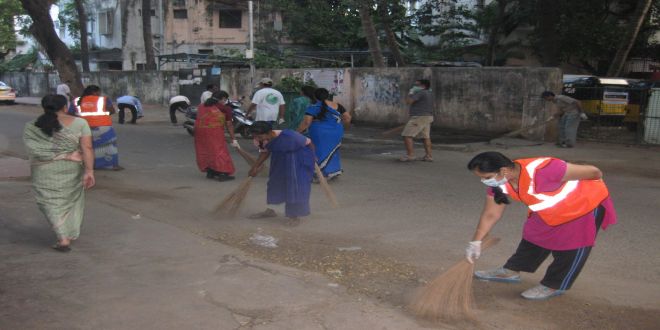 To begin with, RAPRA collaborated with a consultancy agency Ramky Enviro Engineers, appointed on contract by the Chennai Corporation. Every week, the core team of RAPRA would decide a road to be cleaned on a coming Sunday, contact Ramky officials and inform them about the plan. Ramky would supply brooms, gloves, and other things required for the cleanup.

We have seven main roads, four cross roads, and two canal roads. Every week we would choose a road and clean it on a Sunday from 7 AM – 9 AM. Both Ramky and residents of the particular road are informed beforehand so that they can join in and together lead the cleanup drive. After the cleanup drive, Ramky workers would pick up the garbage on a tricycle. This would happen on a routine basis. Suppose, this Sunday we cleaned 7th main road, next Sunday will take up 6th main road, explains V. Sreenivasan, former Join Secretary of RAPRA, while speaking to NDTV.

This way, for a year, the RAPRA team organised three to four cleanup drives for each road in the area. To double the cleanliness activities and efforts, in the second year, the RAPRA team started cleaning up the roads every Tuesday and Friday. For the same, every Monday and Thursday, display boards are put up on roads to inform people about the cleanup drive that will take next day, and requesting them to keep their vehicles off the street. Also, RAPRA makes use of WhatsApp to keep the residents updated about the cleanup drives.

In the second phase, only Ramky workers would come and cleanup the roads. After a couple of drives, we realised that vehicles were not being removed properly, hampering the cleanup process. In order to solve this problem, we took help of traffic police, who would come and make announcements, asking the vehicle owner to remove their vehicles. Due to resistance from a couple of residents, we stopped taking help of traffic police, tells V. Sreenivasan.

Today, after three years of cleaning the streets of Raja Annamalaipuram (R.A. Puram), the roads are not only spic and span, but residents are well aware and informed. 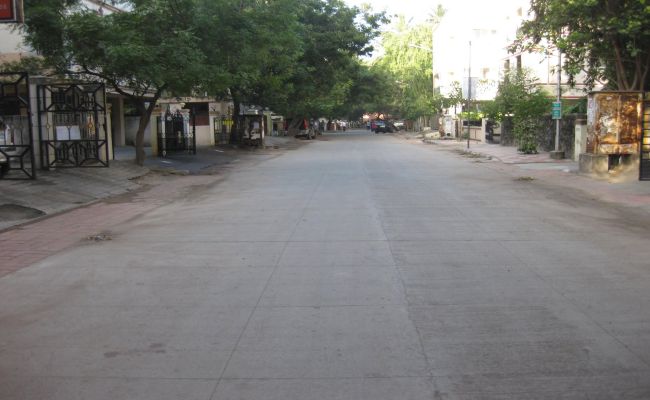 To ensure cleanliness on the roads, RAPRA initiated the concept of bin-less streets where in no dustbins are placed on road or outside someone’s house. As far as residential apartments are concerned, the apartments’ association keeps a trash bin at the apartment’s premises. Explaining the reason behind this, V. Sreenivasan says,

Cows used to tip over the bins and scatter the trash. Rag pickers would look for plastics, leaving garbage in and around the bins. Also, the major problem was of open defecation. People would relieve themselves behind the bins.

The question that arises now is how do residents dispose of the garbage? Residents collect the waste in a dustbin at their homes and give it to waste collectors. Ramky officials have been asked to do door-to-door waste collection, twice a day, between 10 AM and 1 PM. 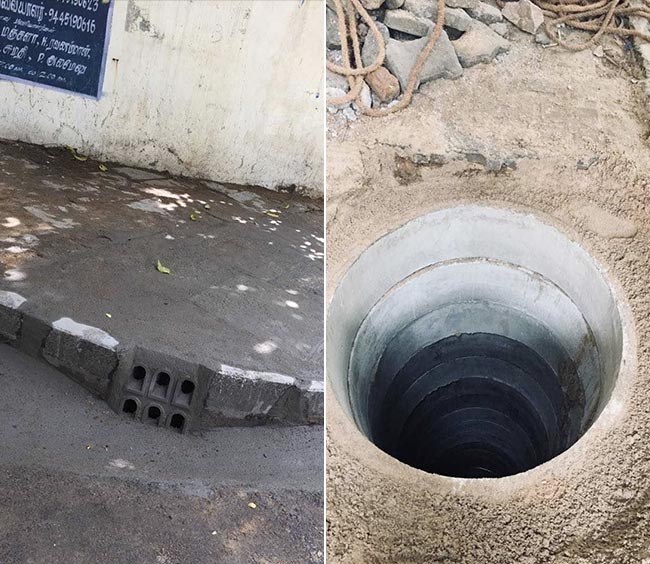 We started creating these wells recently. As of today, we have created three wells and a couple of them are in the pipeline. These wells will help reduce flooding of streets during rains and recharge the ground water levels in the colony, says Dr R Chandrasekar, Presidents of RAPRA.

Sponsored by the Association and residents, rainwater harvesting wells have been constructed at a cost of Rs. 20,000 each.

With this, the five member team of RAPRA aims to maintain cleanliness in their area and set an example for other associations and colonies.

From Old Sarees To Doormats: Here Is How This Duo From Aurangabad Is Upcycling Old Clothes

Plastic Ban In Tamil Nadu: Carry Your Own Utensils And Get 5% Discount On Takeaways