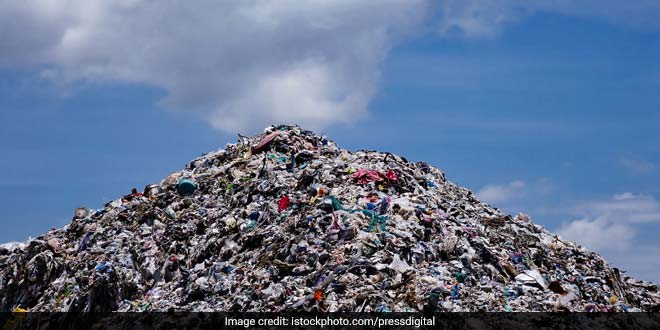 New Delhi: The growing mountain of waste in landfills across India has been hazardously growing with unplanned development and overall expansion of cities and population, and major Indian states today are struggling to clear out mounds of garbage for long exhausted landfills. Tamil Nadu, which has the dubious distinction of not processing 10 per cent of its 15,000 metric tonnes of waste produced daily has finally decided to come down heavily on landfills across the state. The state’s Commissionerate of Municipal Administration, along with the Tamil Nadu chapter of Swachh Bharat Abhiyan will together launch a decentralised waste management programme, which will prioritise the clearing of existing landfills.

The mega waste management project, which is estimated to have a budget of Rs 654 crore, will be the first such project by the state to completely overhaul the state’s waste management mechanism. The state’s first priority is to clear out its two major landfills in Kodungaiyur and Perungudi and level them by clearing the waste. Further, the state will focus on micro-composting across 124 municipalities, with a special focus on Chennai, which has been allotted a major chunk (Rs 84 crore) of the budget. Bio-mining, a method of laying organic waste in an open area and covering it with earth will also be introduced in the state for the first time. In the initial phase, an area of 160 acres will be covered by bio-mining. The state will roll out the projects from September 2018.

Tamil Nadu has stuck to the archaic system of waste management where 90 per cent of its daily waste still goes to landfills, unsegregated. We have decided to completely overhaul the waste management system across the state. Segregation and composting will be prioritised, and setting up of micro-composting units throughout the state is what we will focus on, so that the amount of waste going to landfills is reduced, said Kalaiselvi Mohan, Joint Commissioner of Municipal Administration, Tamil Nadu.

The budget of Rs 654 crore will be divided into three parts, with the major chunk of Rs 460 crore going to 124 municipalities across the state. Municipalities have been asked to spend their share on setting up micro-composting units, which can turn at least 50 kgs of daily waste into compost. A total of 285 micro-composters are expected to be set up across 75 urban local bodies in the first phase of the programme. Bio-mining will also be taken up in 67 ULBs, and the total amount of waste to be treated in the first phase will be around 40 lakh cubic metres, as estimated by the Commissionerate of Municipal Administration.

“If we are closing landfills, we must provide for alternatives to people. Micro-composters can compost up to 50 kgs of wet waste daily, and will be immensely beneficial for small urban bodies. We are also experimenting with bio-mining for the first time and more than 60 local bodies ae expected to take up bio-mining. Based on how successful it is, we will implement it in other municipalities in the state,” said Mr Mohan.

Chennai, the state capital is set to receive special attention as a part of Tamil Nadu’s new waste management initiaitves. Rs 84 crore has been sanctioned for Chennai alone, and the city’s waste management infrastructure is looking to get a makeover in the coming months. 17 micro-composting units will be set up in Chennai. In 164 wards across the city, the municipal corporation will be instrumental in making segregation compulsory. Compost obtained will be sold to farmers across the state, said Mr Mohan.

While the state government is confident that these projects will revamp the waste management scene in Tamil Nadu, few experts have raised questions on the dependency on micro-composting units. Amiya Sahu from National Solid Waste Association of India, a non-profit organisation working in the field of solid waste management said that having so many micro-composting units across the state was risky, as people may use them for disposing of garbage and these may turn into mini landfills.

Micro-composting as a concept had been used in both Bengaluru and Mumbai, but did not find success as people often disposed dry waste in these units as well, resulting in them becoming dump yards over the years. Bio-gas plants are a better option than micro-composters, as plants have larger capacity to process waste, said Mr Sahu.

The results of Tamil Nadu’s upgraded waste management programme will be known in the near future, but at the moment, the state is all geared up to begin its campaign to tackle waste effectively. The state’s advantage is the huge budget that has been allocated for the programme, which if used strategically, can bring usher Tamil Nadu towards effective and scientific waste management.

After Railway Stations, Top Trains To Be Ranked On The Basis Of Cleanliness

Indians Lose Over 1.5 Years Of Their Lives To Air Pollution, Says Study