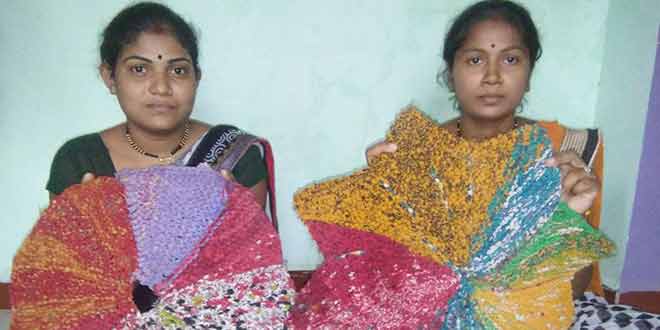 New Delhi: What do you do with your old clothes? Donate? But what if these are torn and unwearable? Use it for moping or other odd household purposes? But eventually discard, for these to make their way to landfill waiting to decompose. But, what about giving these old clothes a makeover? Ashwini Bharat Jadhav and Amprapali Pravin Sonawane from Shatabdi Nagar in Aurangabad, Maharashtra, are upcycling their old pretty sarees into different kinds of doormats.

Back in 2017, my sister and sister in law were thinking of what to do with their old sarees. Since they both wear it on a daily basis, they had lot of sarees discarded as waste. Pondering over how to use old sarees effectively, they decided to weave them into doormats, recounts Rahul Jadhav while speaking to NDTV.

To weave doormats, the duo cut the rejected clothes into thin long strips. The strips are then tied end to end to make a yarn out of it. Finally, using knitting needles, the yarn is weaved into doormats of different designs, shapes and sizes.

The similar kinds of doormats are sold in local market for Rs. 20-30, but, in our house, we don’t purchase any kind of doormat, as my sister and sister in law fabricate them at home only. The upcycled doormats are a hit among our extended family. Many a times our relatives have asked us to make one for them, tells Rahul. 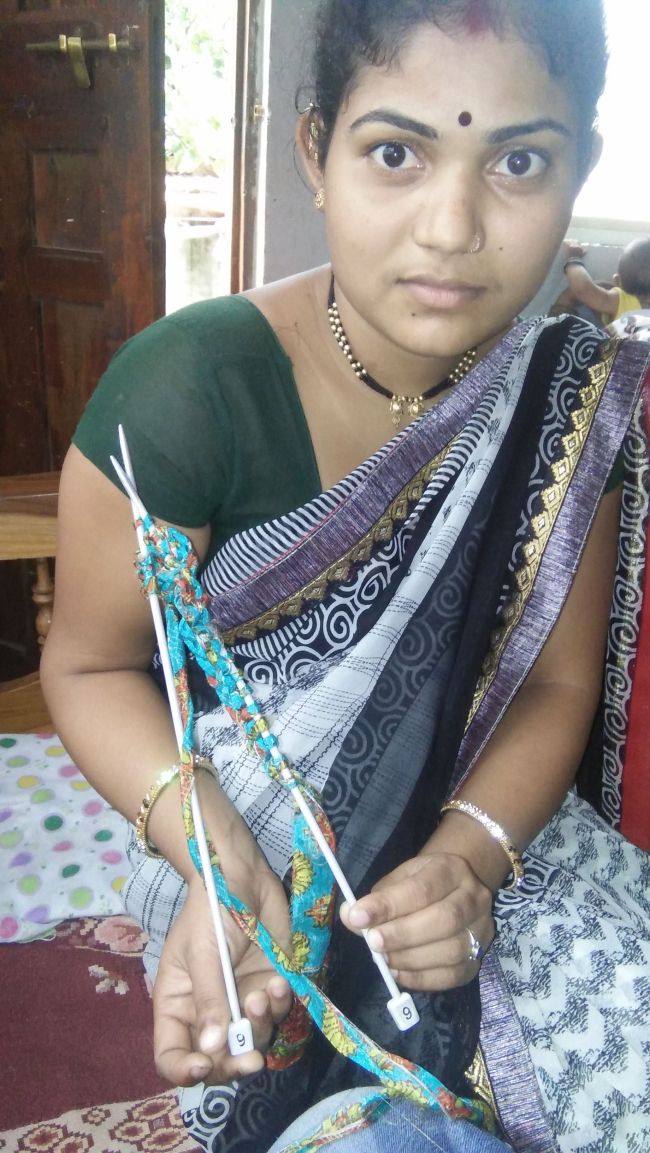 Though the duo has been doing this since one and a half years, but they never thought of taking forward this initiative as a business model. Till date, the duo has made 20 doormats for themselves and their relatives.

Honestly, the idea of making a business out of it never came across. We do it because we have old clothes and this way, instead of throwing it in waste and letting it take space at landfills, we are able to utilise it and create new things, says Ashwini Bharat Jadhav.