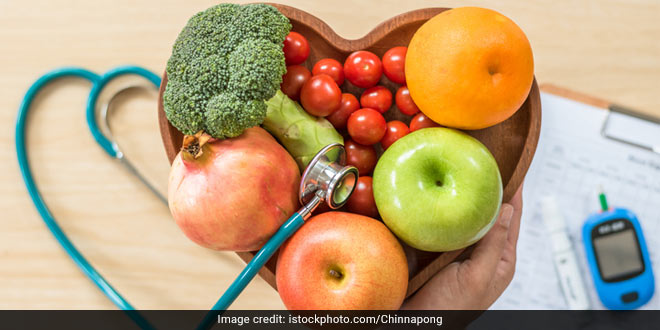 New Delhi: The Union Health minister Mansukh Mandaviya on Tuesday (June 7), said the government is committed to ensure health security for every citizen and it is strengthening district hospitals to provide better healthcare facilities. Mr. Mandaviya also emphasised on the role of states in ensuring food safety and healthy food practices, an official statement said.

The index was started from 2018-19 with the aim of creating a competitive and positive change in the food safety ecosystem in the country.

Speaking on the occasion of the World Food Safety Day, Mr. Mandaviya highlighted that there has been holistic development in the health sector.

The minister said the government is dedicated to ensure health security for every citizen in the country.

For this, he said, the government is focussing on primary, secondary and tertiary healthcare fronts with various initiatives like health and wellness centres and strengthening of district hospitals under the National Health Mission.

He praised the crucial role FSSAI plays in ensuring healthy and nutritious food to the citizens of the country. In a statement he said,

It is important to note that states have an important role in ensuring food safety and healthy food practices. It is the need of the hour that we come together to ensure a healthy nation.

The minister felicitated the winning state/Union Territories based on the ranking for the year 2021-22 for their performance across parameters.

Among the larger states, Tamil Nadu was at the top, followed by Gujarat and Maharashtra.

Also Read: Experts Speak On The Solutions India Should Focus On To Fix The Ignored Tribal Healthcare Sector

Mr. Mandaviya launched various innovative initiatives by FSSAI including the Eat Right Research Awards and Grants – Phase II. Eat Right Creativity Challenge – Phase III, a competition at the school level and logo for Ayurveda Aahar which contains the initials of Ayurveda and Ahara with 5 leaves symbolising five elements of nature.

Also Read: Meet The 43-Year-Old Doctor Who Aims To Provide Health For All In Remote Areas Of Ladakh

To prevent burden from food borne diseases and to ensure food safety, Rajesh Bhushan, Union health secretary, said that a multifaceted and multi stakeholder approach involving industries, government machinery, regulators etc. is required and awareness must be created at each level of the society.

Arun Singhal, Chief Executive Officer, FSSAI, said that food testing paradigm in the country is being improved in mission mode and memorandum of understandings have been signed with states/UTs to carefully see the food safety implementation in their respective areas.