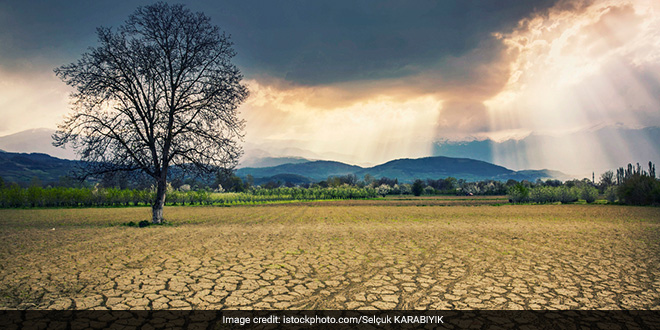 New Delhi: Union Environment Minister Bhupender Yadav on Wednesday (July 31) said India is showing intent as a problem solver despite not being a traditional contributor to global emissions. Addressing the opening ceremony of the G20 environmental and climate ministerial meeting in Bali, Indonesia, he said the promise of climate finance from developed countries remains a mirage and its current pace and scale does not match the global aspiration to combat climate change.

Bhupender Yadav also said the primary responsibility for the transition towards net-zero emissions rests with those who have historically accounted for most of the accumulated greenhouse gas concentrations in the atmosphere.

While India has not been a traditional contributor to global emissions, we are showing the intent in our actions to be a problem solver

The minister said India is totally committed to driving its low-carbon industry transitions through a multi-pronged approach that cuts across sectors and issues. It has made remarkable progress in recent years in electrifying all households, rapidly increasing access to clean cooking energy and is also one of the world’s largest markets for the deployment of renewable energy. The country’s National Green Hydrogen Mission promises to be a game-changer for reducing emissions from hard-to-abate sectors, he said,

All these efforts need investment at lower costs and innovative models for scaling up climate finance to double 2019 levels by 2025. New approaches are also needed to develop and deploy low-carbon technologies

Mr. Yadav said the maximum impact of the climate crisis is being borne by the poorest countries and most vulnerable communities, which have contributed the least to the climate crisis and lack the technology and capacity and finance required to significantly alter the status quo. He said,

Also Read: Can Fashion Ever Be Sustainable? Climate Change Warrior Kriti Tula Proves It With Her Label Doodlage

There is an urgent need to mobilise resources to stimulate the economy in a manner that makes it more resilient and sustainable. But the current pace and scale of climate finance from developed countries is not matching the global aspiration to combat climate change

The minister said the world must recognise that development and environment conservation need to be aligned, rather than treated exclusive of each other. He added,

Secondly, we must decouple economic growth from greenhouse gas emissions, while considering national circumstances and the principle of common but differentiated responsibilities and respective capabilities (CBDR-RC)

CBDR-RC acknowledges the different capabilities and differing responsibilities of individual countries in addressing climate change. He said the G20 members must hold a special responsibility towards the ocean, as they are all coastal countries and are cumulatively responsible for 45 per cent of the world’s coastlines and over 21 per cent of exclusive economic zones. The members of the G20 are Argentina, Australia, Brazil, Canada, China, France, Germany, India, Indonesia, Italy, Japan, Republic of Korea, Mexico, Russia, Saudi Arabia, South Africa, Turkey, the United Kingdom, the United States, and the European Union.

Tomato Flu vs Monkeypox: Here Is What Experts Have To Say

COVID-19 Vaccine: Only 12 Per Cent Of People In 18-59 Age Group Have Taken Precaution Dose