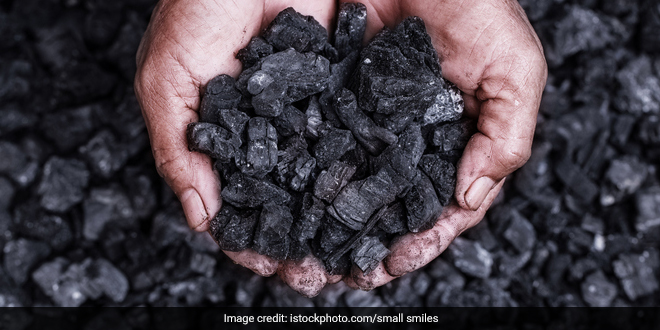 New Delhi: The Commission for Air Quality Management (CAQM) has issued directions to ban the use of coal in industrial, domestic and other miscellaneous applications in the entire Delhi NCR region from January 1, 2023. However, the use of low-sulphur coal in thermal power plants will remain to continue and hence has been exempted from the ban. Around 1.7 million tonnes of coal is used annually in industrial applications in NCR, with about 1.4 million tonnes being consumed in six major industrial districts alone.

In an order issued on June 3, the CAQM said the ban on the use of coal will come in force with effect from October 1 in areas having PNG infrastructure and supply and from January 1, 2023 in areas where the PNG supply is still not available.

In a statement the panel said,

In full effect, the use of coal as fuel shall be banned across NCR with effect from January 1, 2023.

The panel had earlier invited suggestions from the general public and experts in the field to find a permanent solution to the air pollution problem in Delhi-NCR.

A large number of suggestions were related to the banning of coal. The CAQM then constituted an expert group to examine and deliberate upon all such suggestions and proposals.

In its report, the expert group also strongly recommended phasing out heavily polluting fossil fuels like coal and mandating cleaner fuels to the extent possible.