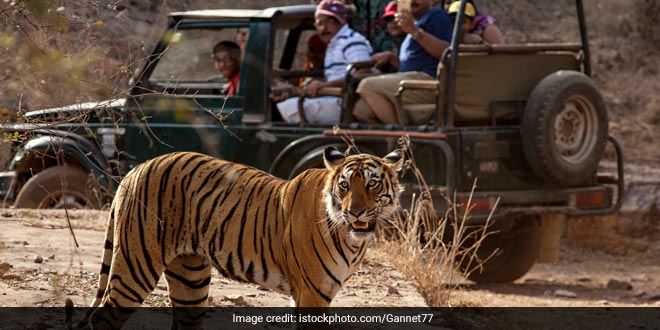 Rishikesh: The process of setting up a tiger conservation foundation for the Rajaji Tiger Reserve has been initiated, officials said on Thursday (June 9). A tiger conservation foundation will help boost research activities in the reserve, improve staff welfare and strengthen the local ecosystem, Rajaji Tiger Reserve (RTR) Director Saket Badola said, “It will also pave the way for getting funds from other institutions under corporate social responsibility for important works like reducing the dependence of villagers living along the fringes of the reserve on the forests.”

In keeping with the NTCA guidelines, a meeting was chaired here recently by Principal Secretary (Forest) R K Sudhanshu in which instructions were issued to constitute a similar foundation for Rajaji at the earliest. Hence, we have initiated efforts in that direction.

Uttarakhand’s Forest and Environment Minister Subodh Uniyal said once a tiger conservation foundation comes into being at Rajaji, implementing welfare programmes for villagers living along the borders of the reserve will become easier.

Meanwhile, forestry-related works for which the budgetary allocation is usually low can also be executed through the foundation.

Related Topics:
Environment Uttarakhand
Up Next