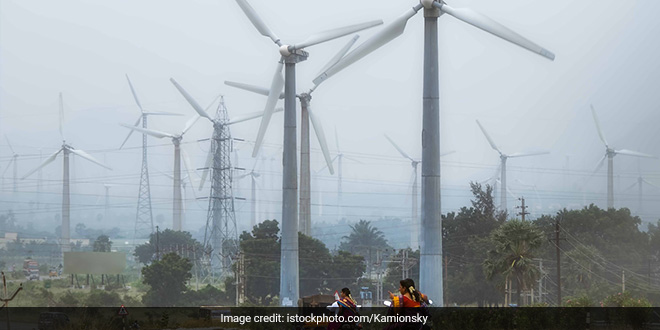 New Delhi: Countries representing over half of the global GDP, including India and the US, on Friday (November 11) set out a 12-month action plan at the UN climate summit in Egypt to help make clean technologies cheaper and more accessible everywhere to fight climate change. The UNFCCC said the plan includes 25 sector-specific “priority actions” under the Breakthrough Agenda to decarbonise power, transport and steel, scale up low-emission hydrogen production and accelerate the shift to sustainable agriculture by the 28th edition of the UN climate summit (COP28) which will be held in the UAE.

The Breakthrough Agenda, launched at COP26 by 45 countries accounting for 70 percent of the global GDP, represents a global commitment to work together this decade to scale and speed up the development and deployment of clean technologies to help keep 1.5 degree Celsius goal in reach. The 45 countries including those in the G7, India and China.

The International Renewable Energy Agency (IRENA) said buildings and cement sectors are expected to be added to the plan next year. This year’s package of measures is designed to cut energy costs, rapidly reduce emissions and boost food security.

To keep global warming to no more than 1.5 degree Celsius, emissions need to be reduced by 45 percent by 2030 and reach net zero by 2050, according to climate scientists.

The preferred warming limit set by the 2015 Paris Agreement is 1.5 degree Celsius — a limit that countries hope will be sufficient to avoid the worst impacts of climate change.

Earth’s global surface temperature has increased by around 1.1 degree Celsius as compared to the average in the pre-industrial (1850–1900) levels and this warming is considered the reason behind record droughts, wildfires and floods worldwide.

According to UNFCCC, the priority actions include agreements to develop common definitions for low-emission and near-zero emission steel, hydrogen and sustainable batteries to help direct billions of pounds in investment, procurement and trade to ensure credibility and transparency.

The priority actions also entail a common target date to phase out polluting cars and vehicles, consistent with the Paris Agreement and using billions of pounds of private and public procurement and infrastructure spend to stimulate global demand for green industrial goods.

“Since we launched the Breakthrough Agenda at COP26, the world has changed and we are facing a perilous geopolitical and economic situation. That only makes international collaboration more urgent,” said Alok Sharma, COP26 president. “That’s why I am pleased that countries representing over 50 percent of global GDP have now agreed to a set of priority actions for implementation. Now, it is vital for all to deliver and demonstrate real progress as we move forward. This is integral to achieving the 2030 goal of making clean technology affordable, available and accessible to all,” he said.

Climate Change: US To Help India In Facilitating Funds For Energy Transition