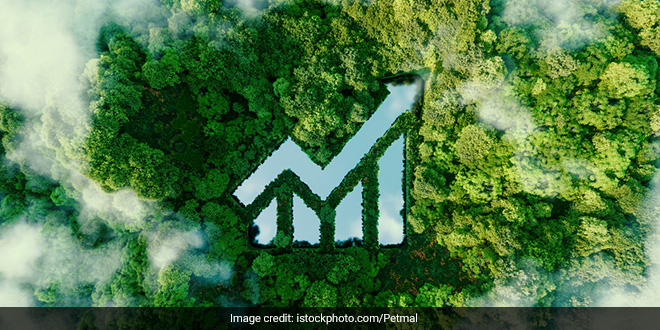 New Delhi: India and the US on Friday (November 11) agreed to work together with partners to pursue a broad mix of public and private financing to facilitate New Delhi’s energy transition in line with its nationally determined climate goals and capabilities. The two countries also decided to continue the discussion of climate-aligned finance under the G20 Sustainable Finance Working Group with US as the Co-Chair and India holding the G20 Presidency next year, according to the joint statement issued after the 9th India-US Economic and Financial Partnership.

The meeting on Friday featured a dedicated session on climate finance for the second time under the Economic and Financial Partnership, reflecting respective commitments to drive urgent progress in combating climate change by collaborating closely on the shared goal of scaling up and mobilising climate finance.

We agreed that public finance, when paired with enabling policies, can promote private finance. We also noted the importance of the evolving role of the Multilateral Development Banks (MDBs) to better address global challenges, including climate change.

The two leaders acknowledged the developed countries’ goal to jointly mobilise USD 100 billion every year till 2025 from public and private sources for developing countries, in the context of meaningful mitigation actions and transparency on implementation.

They also agreed to work together in arriving at a new collective quantified goal from a floor of USD 100 billion annually for the post 2025 period, taking into account the needs and priorities of developing countries.

The two nations agreed that India and the US should work together with partners to pursue a broad mix of public and private financing to facilitate India’s energy transition in line with its nationally determined climate goals and capabilities.

“We also look forward to continuing the discussion of climate-aligned finance under the G20 Sustainable Finance Working Group with US as the co-chair and India holding the G20 Presidency next year,” the statement said.

In the context of the conflict in Ukraine, the two leaders discussed the current headwinds to the global macroeconomic outlook, including increased commodity and energy prices as well as supply side disruptions. They re-emphasised their commitment to the central role of multilateral cooperation in addressing these global macroeconomic challenges.

As per the statement, both sides affirmed their commitment to debt sustainability, transparency in bilateral lending, and coordinating closely on extending fair and equal debt treatment to countries facing debt distress.

“We reiterated our commitment to step up our efforts to implement the G20 Common Framework for Debt Treatment in a predictable, timely, orderly and coordinated manner.

“We acknowledged the importance of working through MDBs to help India access and mobilise available financing to support development objectives, including climate action,” it added.

Both countries will also continue to work to enhance mutual collaboration in sharing of information to tackle offshore tax evasion.

India and the United States took note of the progress made under the Inter-Governmental Agreement pursuant to the Foreign Account Tax Compliance Act (FATCA) with respect to sharing of financial account information, it said.

The two sides will continue to engage in discussions on full reciprocal arrangement on FATCA.

Further, the statement said the two nations are continuing their “successful collaboration” on attracting more private sector capital to finance India’s infrastructure needs, which will support growth in both countries.

“We are also collaborating through continued technical support for the issuance of municipal bonds for critical urban infrastructure improvements. India and the United States look forward to working together to prepare more cities to issue municipal bonds,” it said.

The two countries also agreed to further strengthen cooperation in anti-money laundering and combating the financing of terrorism efforts through increased information sharing and coordination.

The ninth meeting of the Economic and Financial Partnership reflected the growing importance of the US-India relationship and the increasing economic and financial ties between the two economies, the statement said.