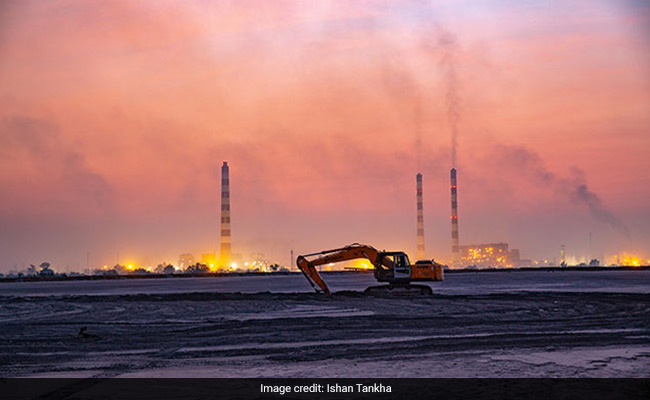 New Delhi: The UN published an informal draft on Thursday (November 17) and it doesn’t mention phase down of all fossil fuels, a proposal that was put forward by India and supported by the European Union and many other countries at the ongoing UN climate summit. The European Union’s climate chief Frans Timmermans later told the media the 20-page document is a “compilation of submissions” and not a draft cover text. The informal draft, described as a “non-paper” by the UN Framework Convention on Climate Change, expressed “deep regret” that developed countries, which have the most capabilities financially and technologically to lead in reducing their emissions, continue to fall short in doing so.

It encouraged “the continued efforts to accelerate measures towards the phase down of unabated coal power and phase out and rationalise inefficient fossil fuel subsidies, in line with national circumstances and recognising the need for support towards just transitions”.

Nearly the same language was used in the Glasgow Climate deal last year.

When contacted, a spokesperson of the Environment Ministry said the Indian negotiators do not wish to comment “as negotiations are going on”.

A member of the India delegation told PTI on condition of anonymity that hectic negotiations and discussions on key issues like mitigation, climate finance, and loss and damage were on and there’s a lot of work to do.

The talks are likely to extend to Saturday and even Sunday. It seems that developed nations do not want to move ahead.

The non-paper also doesn’t mention when a loss and damage finance facility will be launched and what its contours will be.

Poor and developing countries have demanded that the COP27 concludes with a decision to launch a fund to address loss and damage – a term used for irreparable destruction caused by climate change-fuelled disasters.

The 20-page document is 8,400 words long as compared to the Glasgow pact, which was around 4,600 words and was in itself one of the longest cover texts in the history of UN climate summits.

India had proposed on Saturday that the talks wrap up with a decision to “phase down” all fossil fuels and not just coal.

Timmermans had told the media on Tuesday that the bloc would support India’s proposal “if it comes on top of what we already agreed in Glasgow”.

According to media reports, US climate envoy John Kerry said the US will support the proposal as long as it focuses on “unabated oil and gas”.

Citing the Sixth Assessment Report of the Intergovernmental Panel on Climate Change, Indian negotiators had told the Egyptian COP27 presidency that meeting the long-term goal of the Paris Agreement “requires phase down of all fossil fuels”.

The Indian side said,

Experts said the informal draft had a “weaker version” of the language around coal and fossil fuel subsidies than what countries agreed to last year.

The insertion of “rationalise inefficient fossil fuels subsidies” is a signal that there isn’t a serious attempt to meet this goal, they said.

The non-paper, which may or may not form the basis of the final agreement, said rich nations “are taking inadequate and unambitious goals to achieve net zero emissions by 2050, while they continue to emit and disproportionately consume the global carbon budget. It read,

The informal draft also highlighted that about USD 4 trillion a year needs to be invested in renewable energy until 2030, including investments in technology and infrastructure, to allow the world to reach net-zero emissions by 2050.

“Furthermore, a global transformation to a low-carbon economy is expected to require investments of at least USD 4-6 trillion a year”, it mentioned.

The non-paper also recognised that it requires accelerated action in this “critical decade”, on the basis of the best available scientific knowledge and equity, reflecting common but differentiated responsibilities and respective capabilities in the light of different national circumstances and in the context of sustainable development and efforts to eradicate poverty.