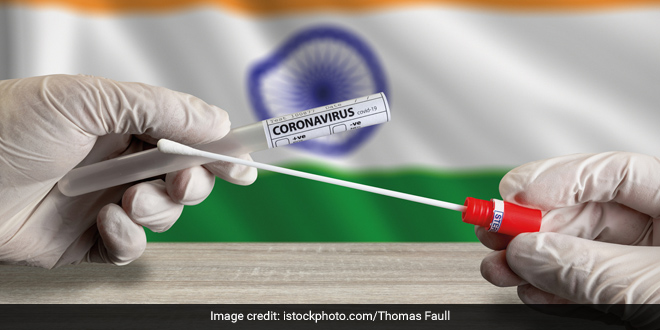 Also Read:For straight two weeks, India has maintained a steady trend of recording less than 10 lakh active COVID-19 cases while the number of people who have recuperated from the disease surged to 55,86,703, pushing the recovery rate to 84.34 per cent, the Health Ministry said on Monday. The Centre-led strategies of ‘test, track, trace and treat’ have been followed by state governments and Union Territory administrations as part of the “whole of government” approach.

Also Read: Unlock 5: Cinemas Permitted To Open From October 15; States Can Allow Gathering Of Over 100 People

Early identification of cases through aggressive and accessible countrywide testing combined with other measures such as prompt and efficient tracking and tracing of contacts have borne results, the ministry said. The Centre has issued a standard treatment protocol that has ensured a standard of treatment and cure across various public and private hospitals and health facilities.

The active cases has been maintained below the 10-lakh mark for 14 days unabated. For two straight weeks today, the active cases are less than 1 million (10 lakhs), the ministry said.

In total, 76,737 recoveries have been registered in a span of 24 hours in the country whereas 74,442 fresh infections were reported during the same period, health ministry data updated at 8 am showed. The new recoveries have exceeded new cases in recent days, the ministry said.

The higher number of single-day recoveries has resulted in sustained increase in the national recovery rate, currently pegged at 84.34 per cent, it said.

Seventy-five per cent of the new recovered cases were recorded in 10 states and union territories which are Maharashtra, Karnataka, Andhra Pradesh, Tamil Nadu, Uttar Pradesh, Kerala, Odisha, Delhi, West Bengal and Chhattisgarh. Maharashtra alone has contributed more than 15,000 to the new recovered cases followed by Karnataka and Andhra Pradesh with more than 7,000 cases each.

There are 9,34,427 active cases which contribute only 14.11 per cent of the total caseload in the country. Maharashtra, Karnataka, Kerala, Andhra Pradesh, Uttar Pradesh, Tamil Nadu, Assam, Odisha, Chhattisgarh and West Bengal account for 77 per cent of the active cases.

A total of 74,442 new confirmed cases have been reported in a span of 24 hours in the country with 78 per cent of them being concentrated in Maharashtra, Karnataka, Kerala, Andhra Pradesh, Tamil Nadu, Uttar Pradesh, West Bengal, Odisha, Delhi and Rajasthan.

Maharashtra has reported more than 12,000 of the new cases. Karnataka contributed more than 10,000. Also, 903 fatalities due to COVID-19 have been registered in a day. Eighty-two per cent of new fatalities were reported from Maharashtra, Karnataka, Tamil Nadu,West Bengal, Uttar Pradesh, Punjab, Andhra Pradesh, Delhi, Madhya Pradesh and Kerala. The ministry said that 36 per cent of the deaths reported on Sunday are from Maharashtra (326) followed by Karnataka with 67 fatalities.

Unlock 5 In Odisha: Places Of Worship To Remain Closed For Public Till October 31

What Is Contact Tracing, And How Does It Work With COVID-19?