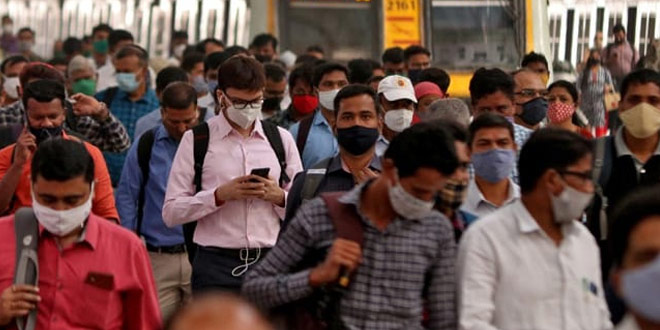 New Delhi: After two years, the Government of India revoked provisions of the Disaster Management Act for COVID containment measures, as per the order issued by the Ministry of Home Affairs on Wednesday (March 23). The order copy signed by Home Secretary Ajay Bhalla reads that after taking into consideration the overall improvement in the situation and preparedness of the Government to deal with the pandemic, National Disaster Management Authority (NDMA) has taken a decision that there may not be any further need to invoke the provisions of the DM Act for COVID containment measures.

Also Read: Expansion Of Vaccination Drive To Include Minors Does Not Pose Safety Risk To Recipients, Government Tells Supreme Court

Accordingly, after the expiry of the existing Ministry of Home Affairs orders dated February 25, 2022, no further order may be issued by the MHA.

However, Ministry of Health and Family Welfare (MOHFW) advisories on COVID containment measures, including the use of face masks and hand hygiene, will continue to guide the overall national response to the pandemic.

I would like to mention that in view of the nature of the disease, we still need to remain watchful of the situation. Wherever any surge in the number of cases is observed, the States/UTs may consider taking prompt and proactive action at the local level, as advised by MOHFW from time to time, the Home Secretary said in the order.

He also advised States and UTs to discontinue the issue of orders and guidelines under the DM Act.

I would, therefore, advise all the States/UTs to consider appropriately discontinuing issue of orders and guidelines under the DM Act, 2005 for COVID containment measures. The States/UTs may continue to follow the SoPs/advisories that have been or are being issued by the MoHFW from time to time for COVID containment measures, vaccination and other related aspects, including observing COVID Appropriate Behaviour, he said in the order.

The Central Government, in close coordination with the State Governments and Union Territory Administrations (UTS), has taken various proactive measures to deal with the unprecedented global crisis of the COVID-19 pandemic.

The MHA order further reads that over the last 24 months, significant capacities have been developed for various aspects of management of the pandemic, such as diagnostics, surveillance, contact tracing, treatment and vaccination, hospital infrastructure and the general public has a much higher level of awareness on the COVID appropriate behaviour.

States and UTs have also developed their own capacities and systems and implemented their detailed State/UT specific plans for managing the pandemic, over the last seven weeks or so there has been a steep decline in the number of cases, it said.

The total caseload in the country stands at 23,913 only and the daily positivity rate has declined to 0.28 per cent. It is also worth mentioning that with the combined efforts, a total of 181.56 Cr vaccine doses have been administered.