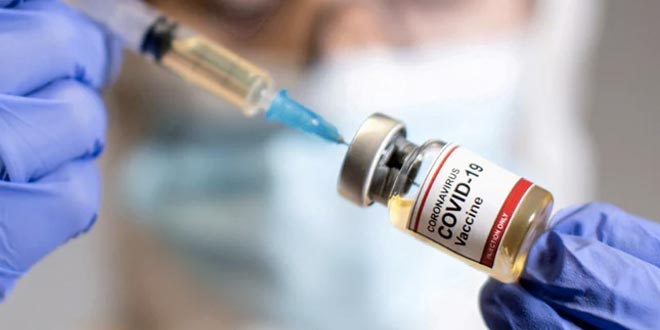 New Delhi: Parents in the national capital heaved a sigh of relief with the government’s announcement that Covid vaccination for children in the age group of 12-14 years will begin from Wednesday and said vaccine for children was long awaited. For the first time in two years, schools in the national capital will reopen completely in offline mode from April 1 with the hybrid mode of operation coming to an end. “This is the right time to give them the vaccine as the classes will go completely offline from April 1 and the students will not have a choice to be at home,” said Amita Bhargav, parent of a 13-year-old.

Union Health Minister Mansukh Mandaviya on Monday announced that the Covid vaccination for children in the age group of 12-14 years will begin from Wednesday.

The COVID-19 vaccine to be administered to the 12-14 years age group would be Corbevax manufactured by Biological E. Limited, Hyderabad.

I hope that we don’t have to scout for the vaccination for my kids as we had to do last year for adults. It was a long awaited move, I just hope they have enough stock so its not difficult to get one,” said Pooja Singh, another parent. Singh’s views were echoed by Ella Joshi, a Dwarka resident, who said, “This has been long due but better late than never. It would have been good to have the jab at least a month back so kids could have got both the doses before returning to offline classes in April.

The countrywide vaccination drive was rolled out on January 16 last year with healthcare workers (HCWs) getting inoculated in the first phase. The vaccination of frontline workers (FLWs) started from February 2 last year.

The next phase of COVID-19 vaccination commenced from March 1 for people over 60 years of age and those aged 45 and above with specified co-morbid conditions. The country launched vaccination for all aged more than 45 years from April 1, 2021.

The government then decided to expand its vaccination drive by allowing everyone above 18 years to be vaccinated from May 1 last year. The next phase of COVID-19 vaccination commenced from January 3 for adolescents in the age group of 15-18 years.

My son’s school has also sent a mail asking us to register for the vaccine on the COWIN portal. I hope it is a smooth experience and we also want that a vaccine is available for children below the age of 12 years soon, said Neetu Jha.

According to official sources, around 7.11 crore children will be vaccinated under the new age group. Biological E Ltd has supplied 5 crore doses of Corbevax to the Centre and the vaccine has been distributed to states, sources said.

Expansion Of Vaccination Drive To Include Minors Does Not Pose Safety Risk To Recipients, Government Tells Supreme Court

Two Years Later, What Have We Learned About The Symptoms Of Long COVID?