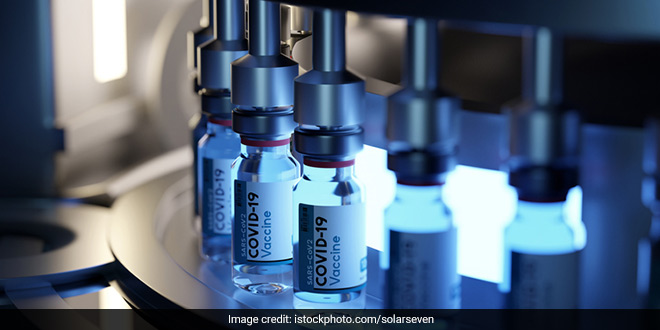 Washington: Current COVID-19 vaccines prompt the body to make effective, long-lasting T cells against SARS-CoV-2 that can recognise variants of concern, including Omicron, and protect from severe disease, a study has found. The research, published in the journal Cell, also shows that fully vaccinated people have fewer memory B cells and neutralising antibodies against the Omicron variant. Both T and B cells play an important role in the immune response against an infection. Scientists at La Jolla Institute for Immunology (LJI) in the US tested four COVID-19 vaccines – Pfizer-BioNTech, Moderna, J&J/Janssen, and Novavax.

This is true in all the type of vaccines studied, and up to six months after vaccination, said LJI instructor Alba Grifoni, who co-led the work. These data come from adults who were fully vaccinated, but not yet boosted. Without enough neutralising antibodies, Omicron is more likely to cause a breakthrough infection, the researchers said. Fewer memory B cells means the body will then be slower to churn out additional neutralising antibodies to fight the virus, they said.

Most of the neutralising antibodies, i.e., the antibodies that work well against SARS-CoV-2, bind to a region called the receptor binding domain, or RBD, said LJI instructor Camila Coelho, another co-first author of the study.

Our study revealed that the 15 mutations present in Omicron RBD can considerably reduce the binding capacity of memory B cells, compared to other SARS-CoV-2 variants such as Alpha, Beta and Delta, Coelho said.

The good news, the researchers said, is that neutralising antibodies and memory B cells are just two arms of the body’s adaptive immune response. In a person exposed to SARS-CoV-2, T cells do not prevent infection, they said. However, T cells patrol the body and destroy cells that are already infected, which prevents a virus from multiplying and causing severe disease, the researchers said. The team noted that the “second line of defence” from T cells helps explain why Omicron infections are less likely to lead to severe disease in fully vaccinated people. To know whether the vaccine-induced T cells were actually effective against variants such as Delta and Omicron, the scientists took a close look at how these cells responded to different viral “epitopes.” Every virus is made up of proteins that form a certain shape or architecture. A viral epitope is a specific landmark on this architecture that T cells have been trained to recognise.

The study shows that while the architecture of Omicron is different enough to evade some neutralising antibodies and memory B cells, memory T cells still do a good job of recognising their targets. Overall, at least 83 per cent of the CD4+ (helper) T cell responses and 85 per cent of the CD8+ T cell responses stayed the same, no matter the vaccine or the variant. The researchers noted that the memory B cells that do bind Omicron are likely to also contribute to protection against severe disease. However, they emphasised that no one should count on T cell protection alone. The study sheds light on immunity at the population level, but individual immune responses vary, and relying on one’s untested immune system to fight COVID is a roll of the dice, they added.