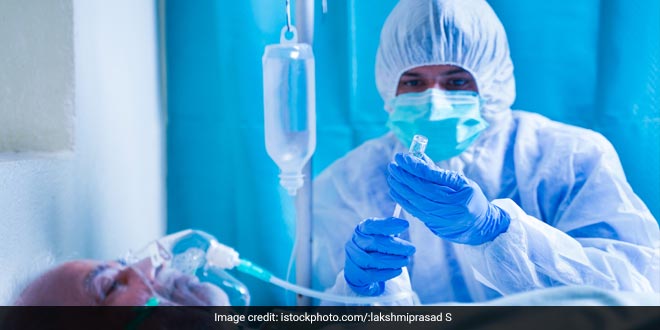 New Delhi: The Central government’s insurance scheme for health workers fighting COVID-19 has been extended for another period of 180 days. The Pradhan Mantri Garib Kalyan Package (PMGKP): Insurance scheme for Healthcare Workers Fighting COVID-19 has been extended for a further period of 180 days from 19th April, 2022. It has been decided to extend the policy so as to continue to provide the safety net to the dependents of health workers who are deputed to take care of COVID-19 patients, the government said in an order.

Since the launch of the scheme, so far, 1905 claims of health workers who died while being deployed for COVID-19 related duties have been settled. Meanwhile, India recorded 1,247 fresh COVID-19 cases over the past 24 hours, registering a huge drop of nearly 43 per cent from yesterday. Active cases now constitute 0.03 per cent of the country’s total Positive Cases. According to the ministry, 928 patients have recovered in the last 24 hours and the cumulative tally of recovered patients (since the beginning of the pandemic) is now at 4,25,11,701 with which the country’s Covid recovery rate stands at 98.76 per cent. The weekly positivity rate in the country currently stands at 0.34 per cent and the Daily Positivity rate is also reported to be 0.31 per cent.

Related Topics:
Coronavirus COVID
Up Next

COVID-19: These Cities Make Masks Mandatory Yet Again As Cases Rise In India