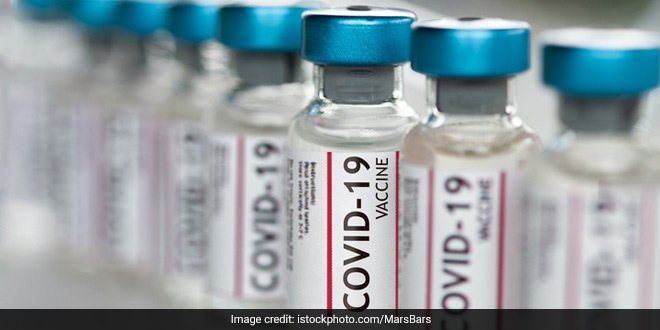 New Delhi: Several private hospital groups on Thursday hailed India hitting the 100-crore vaccine dose landmark in its fight against COVID-19, with some saying it was a “stupendous achievement” despite many challenges. From Apollo Hospitals to Fortis Healthcare, the groups highlighted that vaccine hesitancy and logistics arrangements catering to a vast population of the country were some of the challenges in the inoculation exercise that began on January 16.

The milestone of a 100 crore vaccination doses administered is an indication of the success of the government’s vaccination program. Overcoming the challenges of the vast population spread across the length and breadth of our country is an achievement all Indians can be proud of,” said Dr Prathap C Reddy, Chairman, Apollo Hospitals.

He also said that with the “hope and reassurance of protection” from the disease provided by the vaccine, the country can look forward to a return to normalcy. “Apollo Hospitals, as the largest private vaccinator, pledges to support the government in working to achieve the target of vaccinating India’s entire eligible population by December 2021. We are also preparing for vaccinating children and adolescents as and when the approvals are in place,” Dr Reddy was quoted as saying in a statement issued by the hospital group.

India achieved a major milestone in its vaccination programme against COVID-19 as the cumulative vaccine doses administered in the country surpassed the 100-crore mark on Thursday. The countrywide vaccination drive was rolled out in January with health care workers getting inoculated in the first phase. The vaccination of frontline workers started from February 2. After this, it gave priority to the elderly population and those with co-morbidities, and steadily, the government had expanded its vaccination drive by allowing all above 18 to be vaccinated from May 1. Hailing the vaccination milestone as a triumph of Indian science, enterprise and collective spirit of 130 crore Indians, Prime Minister Narendra Modi said the country has scripted history. Many other private hospitals also lauded the achievement of this milestone.

According to Dr. Ajay Swaroop, honorary secretary-cum-treasurer (Board of Management) & Member Trustee, Sir Ganga Ram Trust Society, “It is a matter of pride that our country has entered 100-crore vaccine club to fight Covid. We have created history and I am proud of the Sir Ganga Ram Hospital being a part of it.”

Dr Ashutosh Raghuvanshi, MD and CEO, Fortis Healthcare said, “It is a stupendous achievement for India to reach the one hundred crore vaccination milestone in a record 275 days.” “Amidst numerous challenges related to supply, logistics and vaccine hesitancy, and also a severe second wave this year, this landmark achievement is a salute to the focused, invaluable efforts of Union Health Minister Mansukh Mandaviya, along with many public and private partners, and stakeholders who have worked hard to spread awareness and vaccinate as many people as possible,” he said.

My heartfelt congratulations to the entire healthcare fraternity in India for this remarkable achievement, which sets an example for the entire world,” Dr Raghuvanshi was quoted saying in the statement issued by Fortis Healthcare. Continuing to vaccinate while following the Covid protocols is the only way to beat the virus and prevent community transmission, he added.

In a tweet, Union Health Minister Mansukh Mandaviya congratulated the country on achieving the feat, and said it was the result of the able leadership of Prime Minister Modi, whom he described as a visionary. According to official sources, over 75 per cent of India’s all eligible adult population has been administered at least the first dose and around 31 per cent has received both doses of the vaccine.

Dr Shuchin Bajaj, Founder & Director, Ujala Cygnus Group of Hospitals, said it was a “great achievement”. “I’m very hopeful that with this speed that we have picked up, we will be able to reach our target of all eligible Indians before the end of this year, hats off to everyone who’s been involved in this drive, doctors, paramedics, Asha workers, who have been travelling village to village for this drive,” Dr. Bajaj said