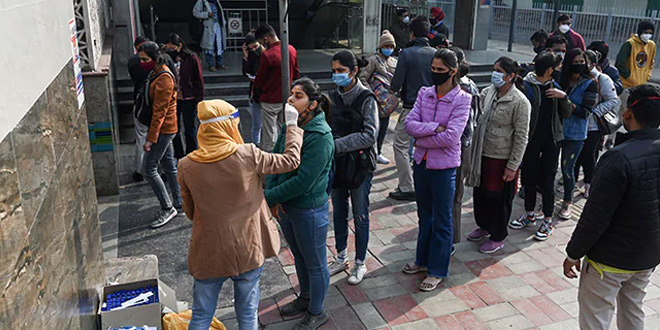 New Delhi: As the national capital sees fewer COVID-19 cases for the past few days, the decision to ease curbs enforced during the Omicron surge was taken at a meeting of the Delhi Disaster Management Authority (DDMA) today (January 27), in which the Delhi government and Lieutenant Governor Anil Baijal were present. Here is what is allowed and what’s not allowed in the national capital now amid the ongoing fight against COVID-19.

– The government has removed the weekend curfew, which was enforced earlier in Delhi, though the 10 pm to 5 am night curfew stays

– Restaurants and cinemas can now reopen at 50 per cent capacity

–  Schools and colleges will continue to remain shut for now

– The number of guests at weddings has been raised to 200 guests in open areas and up to 50 per cent capacity at indoor venues. So far, only 20 people were allowed to attend these events at home

The national capital has seen a dip in the number of cases and the positivity rate. Health Minister Satyendar Jain on Thursday (January 27) said that the coronavirus situation in Delhi is under control and the city is expected to report less than 5,000 cases of the infection.