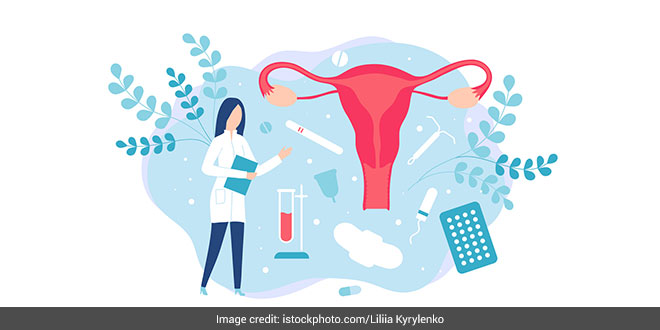 New Delhi: 27-year-old Prakriti Bhat was in class 12 when she first visited a gynaecologist because of irregular periods and excessive pain. Upon examination, she was diagnosed with PCOD (Polycystic Ovarian Disease). Today, over a decade later, Prakriti doesn’t see a gynaecologist regularly. She says, “Whenever I have any doubts, I call up a friend who’s doing her residency in gynaecology. Usually, there is nothing major; eventually, everything comes down to PCOD only. I haven’t faced any other issue so never felt the need of seeing a gynaecologist.”

Also Read: Self Care: Five Tips For Your Everyday Life

Similarly, 26-year-old Anoushka Mudgil, a resident of Noida, Uttar Pradesh says that she first visited a gynaecologist two years ago, when during periods, she would develop fever and severe body ache, making her bed-ridden.

On the first and second day of my period, I would find it extremely challenging to step out of my bed. But on the third day, it would feel like I was living in an alternate world where I was sick, but here everything is completely normal. It was an alarming situation and definitely, something was wrong. At the same time, I was seeing a dermatologist who advised me to get tested for PCOD as I had hormonal acne, says Ms Mudgil.

She found a gynaecologist through a relative and was diagnosed with PCOD and soon began the treatment. Ms Mudgil continued visiting a gynaecologist for the duration of her treatment but apart from that, she never visited a gynae for regular health check-ups because she “never felt the need for it”.

Dr. Renu Raina Sehgal, Director and Chief of Obstetrics and Gynaecology, Artemis Hospital and Daffodils says that “gynae visit once a year should be there in the rule book”. However, not many women visit a gynaecologist on a regular basis to ensure good reproductive and sexual health.

The doctor couple, Dr Abhay Bang and Dr Rani Bang are founder directors of the Society for Education, Action and Research in Community Health (SEARCH) that works with marginalised communities – rural, tribal, women and children – to identify their health needs and develop community empowering models of healthcare to address those. The couple has been working in Maharashtra’s Gadchiroli since 1986. Back then, Dr Rani Bang had done pathbreaking research on the gynaecological and sexual diseases among women from two villages in the district, a first of its kind study. The study that was published in the prestigious Lancet in January 1989, revealed that 92 per cent of the women suffered from some or the other gynaecological or sexual disease and only 8 per cent had received treatment of any kind. Her study brought attention to women’s reproductive health on a global scale.

When Dr Rani Bang started working in Gadchiroli, she was the only gynaecologist in the district. To understand how women felt about themselves, Dr Rani Bang talked to several women from different villages in the district and asked them about their common health problems.

To my surprise, all of them put obstructed labour and infertility in the most serious category. They said, ‘A woman can die of obstructed labour only once, but if she has infertility, she dies every day because everybody blames her.’ This made me think and I realised how deep the problem ran, she says.

Dr Rani Bang added that the problems being faced by women were not just pregnancy and childbirth-related. There were other problems too, such as menstrual problems, reproductive tract infections, sexually transmitted diseases (STDs), and others. Dr Rani Bang asserted that women’s reproductive health is the most neglected thing in society.

Women And Self Care: When And Why Should You Start Seeing A Gynaecologist

Talking about seeing a gynaecologist, Dr. Renu Raina Sehgal says, “With the advent of hormonal imbalances in the early age and among teenage groups, we should not delay taking our teenage daughters to a gynaecologist before she develops any disorder.”

Dr. Sehgal lists various stages of life when a woman should visit a gynaecologist:

– When a girl attains her menarche that is when she gets her first period. A visit to a gynaecologist will help her to understand the basics of periods – what is normal and abnormal and when should she be reporting any symptoms to her parents

– Before marriage to learn about contraception, dos and don’ts regarding sexual health, ways to prevent Sexually Transmitted Diseases (STDs)

– Before planning pregnancy: Along with pre-pregnancy counseling, a woman should take basic health tests to ensure the well-being

It’s crucial to visit a gynaecologist for regular check-ups. Let the gynaecologist examine you, your breast, the uterus and tell you that everything is alright, says Dr. Sehgal.

Important Tests Every Women Should Take to Ensure Good Health

– Papanicolaou test (Pap smear): A PAP test is a regular pelvic examination to detect any change in the cervical cells that can lead to cervical cancer. Dr. Sehgal recommends a Pap smear once in three years and if an individual is HPV vaccinated, a Pap test can be taken every five years.

– Mammograms after 40 years of age. It is done for the examination of human breasts.

– Ultrasounds every year to detect any cyst, fibroid or any kind of abnormality in the uterus.

Related Topics:
Self Care Swasth India Women’s Health
Up Next

Health For All: Building A Swasth India With Technological Innovations In Healthcare