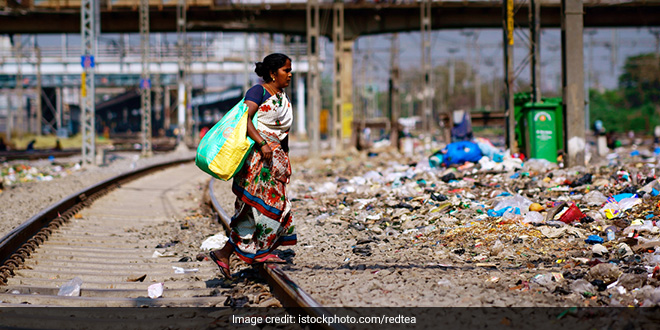 In urban slums, nine out of ten girls between the ages of 12 to 13 years were anaemic

Iron deficiency anaemia is one of the leading contributors to global disease burden, particularly affecting children, pre-menopausal women, and people residing in low and middle-income countries. It also continues to be one of the major public health challenges in India where more than half of the women in the reproductive age group i.e 15 years to 49 years are anaemic. Anaemia continues to affect women and children across different age groups and gender and its prevalence is only increasing. It is interesting to note that according to the recent National Family Health Survey 5 (NFHS-5):

The national survey highlights an increase in the prevalence of anaemia among women and children when compared to the last survey done in 2015-2016. The percentage of women between the ages 15 and 49 years who are anaemic has increased to 57 percent now, from 53.1 percent in 2015-2016. Similarly, all women between the ages 15 to 19 years reported a 5 percent increase in the incidence of anaemia when compared to 2015-2016. There is a variation in the number of anaemia cases across different states and urban and rural areas. Anaemia not only results in loss of productivity due to reduced work capacity but could also lead to cognitive impairment which is often irreversible. In addition to this, it could also leads to increased susceptibility to infections, increased school drop-out rates among adolescents, and reduced physical fitness. Anaemia is also associated with stillbirth, miscarriages, and maternal mortality. India currently records 103 maternal deaths per 100,000 live births

It is interesting to see how the vicious intergenerational cycle of anaemia continues. An adolescent girl entering the reproductive age with low iron stores and becoming pregnant during adolescence or later will be at greater risk of giving birth to low birth weight and preterm baby. Consequently, the baby is also born with iron deficiency and poor infant feeding practices might make the child enter into adolescence stage with low iron stores in the body

Anaemia is often believed to be a rural phenomenon with national survey data showing more anaemia cases in rural areas as compared to urban areas making the audience believe that anaemia is more of a rural public health challenge and ultimately overlooking the magnitude of the problem in poor urban pockets. Urban areas always appear as a better destination to the rural counterpart in terms of availability of better income, livelihood, and facilities. However, people who migrate to these areas quite often find themselves placed in a low socio-economic urban neighborhood with limited necessities and a never-ending struggle to access food and other basic amenities. There are initiatives to address the issue of anaemia in rural areas, however, the depth of the issue in low socio-economic urban pockets or urban slums gets often overlooked.

The problems in urban slums are unique in their way and quite different from rural areas. The urban areas, slums are divided into declared slums and un-declared slums, where the former is usually recognized by the government for having poor living conditions. The condition of un-declared slums in most cases is quite miserable since they do not have any access to government schemes, programs or support . It wouldn’t be wrong to say that people residing in slums are often the most vulnerable group. These small urban slum pockets might be missed out in bigger surveys due to various reasons, un-declared status being one of the reasons. It is these pockets that house the poorest of poor and the most vulnerable who are often left out and their actual morbidity; health condition does not go into the health surveys. Findings from an anaemia screening program conducted in 55 slum pockets in Indore have shown the grim picture of the anaemia status of people, especially women. The prevalence of anaemia among the urban slum population was very high across all age groups and gender, way higher than the national, state, or district average. One can envisage the magnitude of the problem when out of the total women who were screened for anaemia between the ages 15 to 49 years, 90 percent were detected with anaemia. It is important to know that majority of them were suffering from mild to moderate anaemia – hemoglobin ranging from 7 to 11.9 g/dl. Among the adolescents screened, the rate of anaemia was also quite high when compared to the national average. Anaemia was detected in 89 percent of adolescents out of the total adolescents screened. According to National Health Mission, the highest prevalence of anaemia among Indian girls is seen between the ages of 12 to 13 years, coinciding with the age of menarche. In urban slums, nine out of ten girls between the ages of 12 to 13 years were anaemic. These levels indicate that anaemia in urban slums is of serious concern.

The Ministry of Health and Family Welfare, Government of India has launched several programs in the last two decades targeting the issue of anaemia including the Anaemia Mukt Bharat program under Prime Minister’s overarching scheme for Holistic Nourishment with the target to reduce anaemia by 3 percent per year to achieve a 50 percent reduction in anaemia by 2022. However, the Covid-19 pandemic has already impeded the progress towards achieving the global nutrition targets and World Health Organization has predicted that the Covid-19 crisis will lead to micronutrient malnutrition including anaemia due to a disruptive food supply chain. Even before Covid, the world was not on track to deliver Sustainable Development Goal 3, which targets reduction in anaemia Anaemia is also caused by other factors other than iron deficiency, like folate and vitamin B12 micronutrient deficiency,several acute infections, and helminth infections. Hence to address anaemia, the other causes are also to be addressed. To address the issue of anaemia in urban slums, efforts are to be accelerated to ensure food security as a first step. Some other measures which can help reduce the burden of anaemia among urban slums are ensuring dietary diversity, micronutrient availability, ensuring bioavailability of these nutrients, improving access to primary healthcare, ensuring improved access to water and sanitation. All these measures can work for those women who reside in urban slums only if these services are extended to all sum dwellers irrespective of declared and undeclared status.

Another important aspect could be checking the quality and the composition of the food given through Anganwadi centers, and Take-home rations (THR) under Public Distribution System (PDS). On the other side, there should be accelerated efforts to extent of uptake of these schemes and reasons for not accepting the same by the urban slums. There are ongoing efforts by different states to maintain the supply chain of micronutrients -Iron and Folic Acid supplementation, enhanced efforts to extend this to urban slums irrespective of their status along with exploring reasons for not taking these tablets from public health facilities can further help in tackling the issue. As it is emerging that there is an urgent requirement to address this problem through a more focussed and targeted approach such that it caters to the special needs of these slum dwellers. Migration is the truth of today and the programs must ensure that no one is left behind. More emphasis on regular anaemia screening of these vulnerable groups can bring out the true picture. Health surveys for vulnerable groups at shorter intervals can also help in assessing the magnitude of the issue and work on the immediate corrective issues.

Also Read: Opinion: Nutrition Is An Issue Of National Interest And Deserves Prioritisation Beyond The Central Level

Lastly, to sensitize the community about the seriousness of the problem and how it impacts their daily lives, efforts are required to work on certain socio-cultural norms and behavior, and practices. With a strong behavior change communication strategy focusing on urban slums not only we can try to tackle the magnitude of the issue but also work on preventive measures. There are cases where anaemia can be dealt with by improving the position and status of women within the community. Some of the measures could be improved decision-making capacity of women within the family, promoting women’s education and increased awareness about nutrition among young girls and women, delaying the age of marriage, increasing the spacing between 2 children, and so on. Understanding the seriousness of malnutrition, Hon’ble Prime Minister Narendra Modi had announced Rice Fortification in all social protection schemes by 2024. Rice fortification is a very cost-effective strategy where micronutrients are added to rice like Vitamin B 12 and Folate.