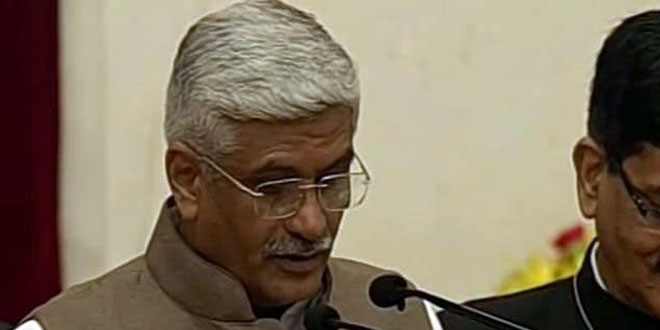 Jodhpur: Union minister Gajendra Singh Shekhawat here on Saturday said deaths due vector-borne diseases caused by open defecation in the country had come down by two-third after the introduction of the Swachh Bharat Mission. He said five years ago, the figure stood at three lakh deaths annually, which come down to one lakh per year now. The Jal Shakti minister was on a day’s visit to his constituency, Jodhpur. Inaugurating a model toilet at Narwan Khinchiyan village here, the minister said per household expenditure on the treatment of vector-borne diseases was Rs 50,000 annually. Mr. Shekhawat said,

Now, around 32 crore families with toilets have got rid of this expenditure.

The minister said efforts were being made to cover left-out families. The minister claimed,

Around nine crore toilets have been built in the country in the past five years under the Swachh Bharat Mission and this has led to a huge behavioural change.

India has 17 per cent population of the world but only 4 per cent share in drinking water resources. With this situation before us, we have begun working on proper use of each drop of water, he said, citing the pledge of Prime Minister Narendra Modi to provide water to every household in the country.

He said 90 per cent of households in Sikkim and Puducherry have access to water. He said,

In Gujarat too, 80 per cent of households have water supply. efforts are on to provide water to each household.

He also handed over the letters, written by the prime minister appealing for water harvesting and rainwater conservation, to village sarpanches.