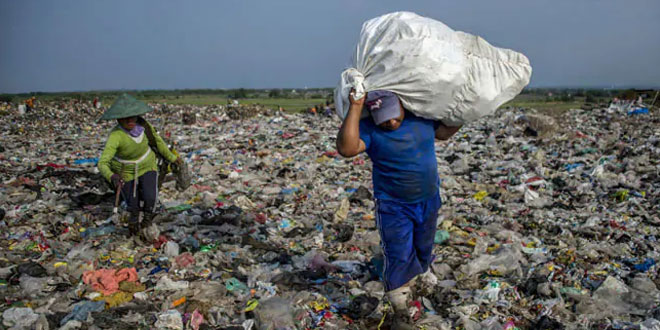 New Delhi: The National Green Tribunal (NGT) has directed the Central Pollution Control Board (CPCB) to strictly implement the ban on import of plastic waste in the country as it is hazardous for the environment. A bench headed by NGT Chairperson Justice Adarsh Kumar Goel said local bodies have to encourage the use of plastic waste for road construction or energy recovery or waste to oil and others. The bench said,

The green panel directed the CPCB to take action for ensuring that its recommendation is fully implemented by all concerned in the implementation of Plastic Waste Management Rules. “The CPCB may furnish a further action taken report in the matter to this tribunal within two months by e-mail,” the bench said while posting the matte for hearing on September 6.

During the hearing, the CPCB informed the tribunal that import of plastic waste is required to be restricted as the hazardous waste generated in the country is to the extent of 26,000 tons a day and the same is not being properly managed.

The Plastic Waste Management Rules, 2016, as amended in 2018 prohibit open burning of plastic waste and permit its recycling only if it conforms to Indian Standard: IS 14534:1998, it said. The tribunal was hearing a plea filed by Amit Jain alleging that cheap waste paper and road sweep waste is imported to this country from the United States of America, Europe etc. for being burnt in brick kilns, causing land and air pollution. The pleas said,

Large plastic waste yards can be seen near recycled paper mills. Import of cheap waste paper is hazardous and is affecting the environment. The import is to the extent of 9,00,000 tons of waste which generates hazardous plastic.