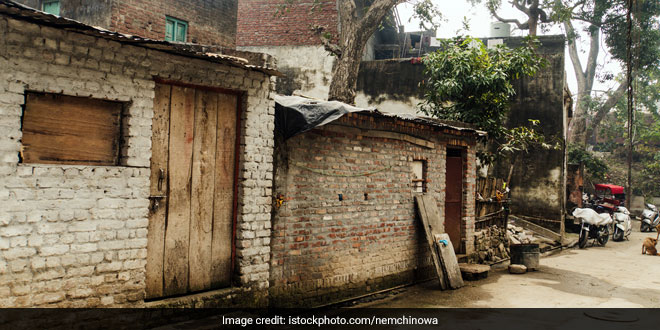 New Delhi: Situated 120 kilometers from Lucknow, Uttar Pradesh’s Gonda district was ranked last in the 2017 Swachh Survekshan, a cleanliness survey conducted by the Ministry of Drinking Water and Sanitation. With many awareness activities and toilet constructions, over the last two years, urban Gonda managed to attain the Open Defecation Free tag in 2019 but when it comes to the rural parts of the district, there was a major gap in the sanitation coverage. The authorities, upon realising the need for a sustained campaign in rural Gonda, launched a cleanliness drive on May 28 with the aim to eradicate open defecation and to encourage people to construct toilets at home.

As part of the campaign, the authorities are aiming to construct about 26,000 household toilets by the end of June. When it comes to the type of toilets, Ashish Kumar, Chief Development Officer of Gonda district explained,

Depending upon the size of the house, sewage connections and the locality we are aiming to construct either twin pit toilets or squat toilets with the traditional flush. This will be done by encouraging the families to opt for toilet constructions and providing them with a financial aid of Rs. 12,000.

Mr. Kumar further explained that approximately 45,600 families will be personally visited by 1,054 ‘Swachhagrahis’ or sanitation workers, as part of their door to door awareness initiative. The ‘swachhagrahis’ will talk to all the family members about the advantages of having a toilet at home and disadvantages of open defecation. Additionally, the swachhgrahis will also inform the families about technicalities of toilet constructions and inform them about the government’s financial aid for the same.

Along with the door to door awareness campaigns, the authorities are also organising ‘nukkad nataks’ or street plays promoting the usage of toilets and the community meetings in the village will persuade those who don’t wish to construct toilets despite these efforts. Mr. Kumar explained,

Ward wise community meeting will be held under the chairmanship of Gram Panchayat Pradhan informing the citizens about the plans and the use of toilets as well as the benefits under Swachh Bharat Abhiyan Grameen (Clean India Mission Rural).

The authorities have also initiated monitoring to make the campaign a success. The swachhagrahis will monitor the wards twice a day to check the toilet construction and ensure toilet usage.