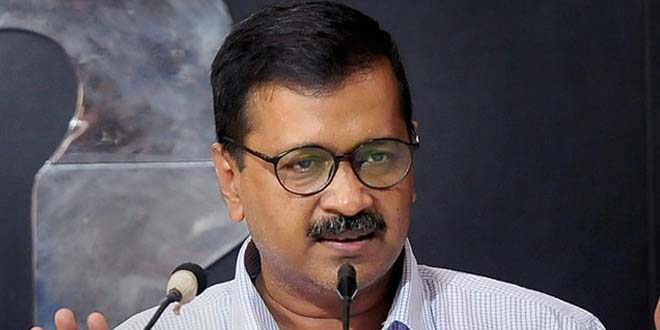 New Delhi: Delhi Chief Minister Arvind Kejriwal said on Monday that his government will provide safety kit for free to every worker engaged in the cleaning of sewers in the national capital. At a workshop organised by the Delhi Jal Board at Talkatora Stadium, he said he feels dejected when he hears about sanitation workers dying while cleaning sewers.

We are concerned about the lives of sanitation workers and will give free safety kit to those working in Delhi so that no mishaps happen. We will ensure that even if the contractor doesn’t provide you safety gear, you use your own kit, the chief minister, who is also the chairman of DJB, said.

He also administered an “oath of safety and security” to the workers who pledged that they won’t enter a sewer without proper safety gear.

Please get down in the sewer only after wearing the safety gear. I hope that we don’t witness any sewer deaths, at least in Delhi, in future, he said.

According to data presented in Parliament by the Union Social Justice and Empowerment Ministry, 88 workers have died while cleaning sewers and drains across the country in the last three years. Delhi recorded the maximum 18 deaths. DJB Vice Chairman Dinesh Mohaniya said,

Earlier, there were only 50 per cent sewer lines in Delhi and in our tenure; it has gone up to 80 per cent.

He also spoke about the work done by his government on potable water supply in the city.

In the last 70 years, only 58 per cent colonies in Delhi had the facility of potable water supply lines but we have increased it to 93 per cent and in the next one year, every colony would have it, he said.