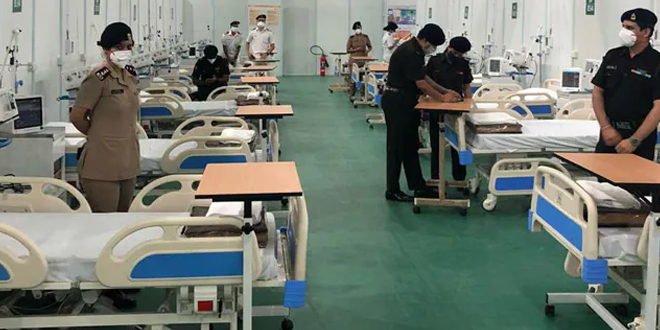 Also Read: COVID-19 Cases Continue To Rise In The National Capital, Is It Time To Worry?

He also said there is no need to panic about Covid cases among children. Several sero-surveys have shown that though the infection rate among children and adults is almost the same, the severity of disease is “very low” in children.

With the national capital witnessing an uptick in coronavirus infections over the past few days, the number of active cases on Wednesday stood at 4,832, up from 601 on April 11, according to health department data.

However, the hospitalisation rate so far has been low, accounting for less than 3 per cent of the total active cases, the health department’s bulletin said on Wednesday. As many as 129 COVID-19 patients are admitted to Delhi hospitals, while 3,336 are recuperating in home isolation, it said.

We have around 1,000 beds at present. We ramp up their number if needed, he said.

Continue Tracking, Vaccinate People, COVID Is Still A Global Concern, Warns WHO Amid Too Many Variants Circulating