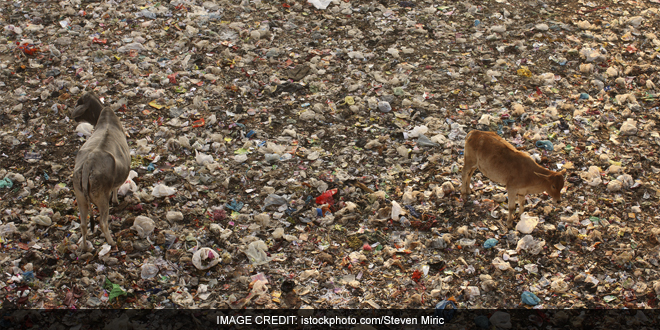 New Delhi: Municipal Corporations were unable to utilise funds allocated under the Centre’s Swachh Bharat Mission (SBM) with the NDMC “failing” to spend a single penny out of the Rs 46.28 crore allocated to it, as per a recent study.

According to Delhi Citizens’ Handbook 2016 prepared by the Centre for Civil Society, North Delhi Municipal Corporation (NDMC) received Rs 46.28 crore under the SBM for 2015-16, but the civic body could not spend a single amount and the entire corpus of these funds is “lying unutilised”.

Similarly, South Delhi Municipal Corporation (SDMC) managed to only spend 0.25 per cent out of the total received amount of Rs 31.63 crore.

“For the financial year 2015-16, the NDMC received Rs 46.28 crore under the SBM. Currently, the entire corpus of these funds is lying unutilised. Out of the Rs 31.63 crore received by the South Delhi Municipal Corporation (SDMC), only 0.25% (or Rs 7.93 lakh) has been spent,” the study report stated.

Most of the 4,656 community toilets constructed under the Swachh Bharat Mission, have been built by the Delhi Urban Shelter Improvement Board (DUSIB).

The DUSIB notifies certain areas as slums, where with the passage of time, the buildings have become dilapidated and the basic civic services are missing. Apart from this, DUSIB has been also assigned the role of looking after the Jhuggie Jhompri Squatter Settlements/Clusters by way of provision of civic amenities and their resettlement too.

DUSIB is not an Urban Local Bodies (ULB) and thus, is not entitled to funds under the SBM. However, the State Mission Directorate has re-allocated funds worth Rs 51 crore by transferring them from the ULB(s) to DUSIB.

Both NDMC and SDMC said that it is too early to give details of expenditure which will be available only after work orders for different heads like ‘Information, Education and Communication (IEC)’ and sanitation projects are executed.

“We are working on different projects under the SBM. There are a number of heads under the Swachh Bharat Mission. Unless the work is complete, it will be difficult to give the exact figure of spending which will be available by the end of this year,” said Rajesh Bhatia, Vice Chairman of North Delhi Municipal Corporation.

Shailendra Singh, Chairman of Standing Committee of SDMC said, “It is the initial stage of fund expenditure and it is too early to give details of spending. The details will be available only after work orders for different heads like IEC and sanitation projects are executed.”

The report comes amid sudden rise of Chikungunya and Dengue cases. Five persons have died due to Chikungunya while Dengue has claimed nine lives so far in the national capital.

Related Topics:
Clean India
Up Next