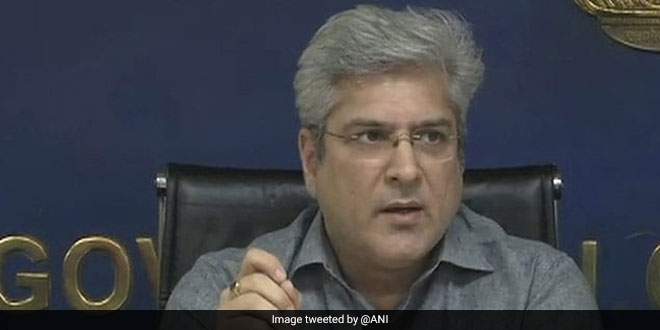 New Delhi: The Delhi government on Wednesday announced its first electric vehicles (EVs) freight pilot under which up to 1,000 such vehicles are aimed to be deployed in the city over the next 12 months for delivering online orders. Delhi Transport Minister Kailash Gahlot made an announcement in this regard on the occasion of inauguration of Urban Mobility Lab workshop to promote innovation in clean and sustainable mobility in Delhi. The government said in a statement,

Over 30 players in last-mile urban delivery from across India have come together in Delhi as part of the Urban Mobility Lab with the goal of piloting up to 1,000 electric vehicles (EVs) for urban deliveries in the city over the next 12 months.

Also Read: GST Council May Reduce Tax On Electric Vehicles And Their Components To Push Manufacturing And Sales

It is a first-of-its-kind project with an objective to pilot and rigorously analyse the performance of EVs for urban deliveries, it said. The Delhi government believes electric vehicles are the future and it’s time to bring this future into the present, Mr. Gahlot said. He said,

To make life easier and better for the common man, it is critical that the cost of EVs come down. We are willing to work with all stakeholders in the industry and resolve any hurdles that they face in the roll out of EVs in the city.

Delhi aims to become the EV capital of India. Electrification of last-mile delivery vehicles has the potential to kick-start the transition to EVs in the city. We expect this pilot to pave the way for other market segments and are committed to its success.

Dave Mullaney, the director of RMI global freight transport initiative, said the use of EVs for last-mile delivery is ready to take off. He said,

The participants who are working with us and their excitement to be on this pilot shows that clearly. It is an incredibly exciting group that includes titans of Indian industry, global e-commerce giants and brand new homegrown startups.