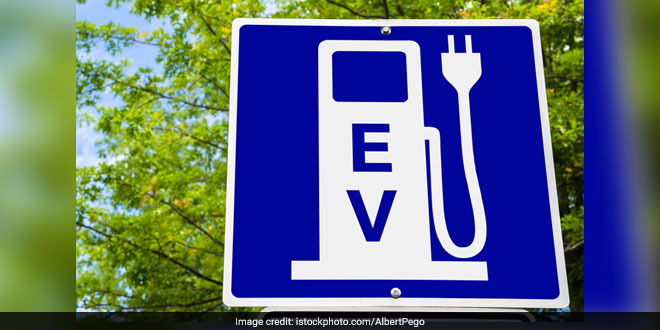 New Delhi: As the newly elected NDA (National Democratic Alliance) government gears up to announce the Union Budget for this financial year on July 5, the electric vehicles (EV) industry is ready with its list of demands and expectations. With the launch of the long-awaited second phase of EV incentive scheme, FAME (Faster Adoption and Manufacturing of Hybrid and Electric Vehicles) in February, deployment of electric buses by various states like Uttar Pradesh, Jammu and Kashmir, Assam, Kerala and many more states to follow, along with the first steps being taken to install multiple charging stations in major cities like Delhi, Mumbai, Gurugram (erstwhile Gurgaon) among others, there is a concerted effort being made to popularise electric vehicles and ensure a sustained demand is created for EVs. In this direction the EV industry is hoping for these five policy measures from the upcoming budget:

Also Read: Electric Vehicles May Not Need To Pay Registration Fees Soon, Thanks To The New Government Proposal

According to the industry, the purchase subsidies to buyer on buying an electric scooter under recently launched second phase of FAME from the current Rs. 10,000 per kilowatt (kW) of battery capacity to Rs. 20,000 per kW to push sales to achieve the target of having at least 30 per cent of vehicles on road as electric by 2030. Society of Manufacturers of Electric Vehicles (SMEV), an association representing Indian manufacturers of EVs and EV components has proposed for a higher subsidy for people buying electric vehicles and incentives to corporates for bulk-buying of green vehicles.

Visibility of electric vehicles on the road is very important. The more EVs are visible on the road, the more it will increase people’s faith in the technology. Increased faith will lead to more people to adopt electric mobility, thus making the technology more affordable for masses. For this, currently, there is a need for financial support from the government to the individual buyers and to the bulk buyers.

Tarun Mehta CEO, Co-Founder, Ather Energy, an electric scooter manufacturing firm, asserted that for consumers, FAME II incentive distribution to individuals is limited to only one vehicle per segment (two-wheelers, three-wheelers, and four-wheelers) but in a country where most households in cities own multiple vehicles, this CAP will limit adoption.

Jitendra Shah, Managing Director, Jitendra EV tech, an electric two-wheeler manufacturer, has put forward a suggestion of crediting the FAME subsidies directly to the buyers like other beneficiary schemes like Pradhan Mantri Ujjwala Yojana and pension schemes instead of making the transfer through the manufacturers because this temporarily increases the financial burden on manufacturers.

Mr. Shah also said that subsidies for manufactures for producing EVs must be increased as well to give a boost to EV start-ups under ‘Make in India’ program.

SMEV suggested that a separate allocation should be made for encouraging research and development (R and D) in the EV sector to boost indigenous manufacturing of EVs.

To create a robust ecosystem for electric vehicles and give a boost to the commercial segment, the industry has collectively demanded that the government look at putting EVs in the priority lending sector for public banks. As per Mr. Gill,

The Reserve Bank of India should instruct the public sector banks to give loans to EV manufacturers and bulk buyers on a priority basis. In this way, customers who want to start commercial transport fleets can get relief in procuring EVs in bulk.

We strongly believe that the EV adoption in our country certainly needs support from the government. Though the long-term benefits of EV are multi-fold still the relatively higher cost of acquisition of an EV is a bottleneck in its adoption. We expect the government to include Electric Vehicles in Priority lending sector so that the prospective buyers can be encouraged to move towards the environment-friendly transport options.

M.H. Reddy, from NDS Eco Motors Private Limited, a manufacturer of e-scooters, also rooted for easy loans and said that ease of availability of funds with lesser interest rates will encourage investing in setting up EV manufacturing plant and machinery and in conducting research on emerging technology.

Seeking tax incentives, the EV sector has argued that these would play a significant role to encourage customers to adopt e-mobility as these would make the price of EVs cheaper. As per major industry players, high taxes are making procuring of EV parts costlier and thus making finished vehicle costly. Mr. Gill said,

The government can give relaxation from taxes for a specific period (tax holiday) to those who go for green vehicles in the upcoming India Budget 2019. Currently, EVs are taxed at 12% GST (Goods and Service Tax) and we suggest it should be brought down to 5 per cent.

According to Mr. Shah, apart from reducing taxes, the GST refund structure must become easier and quicker for manufacturers. He asserted that for the EV industry to succeed and thrive it needs the removal of some inconsistencies in taxation laws as well as some support from the financial institutions. Mr. Mehta also hoped for the same from the upcoming budget and said,

Even with the existing GST inverted duty refund framework in place which means the refund to the manufacturers in case of GST on raw materials being more than the duty on finished vehicles, there is a working capital blockage on the overheads and capital investments. A comprehensive GST refund structure of electric vehicle manufacturers or a reduced GST liability on the raw material should be assessed for seamless cash flows in the long run.

Currently, GST is being handled by GST council and the union budget covers customs duty. The EV industry said that there should be a reduction in custom duties as well for vital EV components like batteries, motor, and controllers. Jeetender Sharma, Founder and Managing Director, Okinawa Scooters said,

In the Interim Budget, the finance minister shared the vision of having 30% EVs in the mobility mix by 2030 to give a boost to e-vehicle manufacturers. The government has placed a definitive emphasis on Electric Vehicles and had already announced a reduction of customs duty on the imported electric vehicles parts, to 10-15 per cent from 15-30 per cent. In the upcoming budget, we would like to see reduced import duties on lithium-ion cells so that the batteries can be produced locally aligning with Governments’ Make In India initiative. We also want GST on batteries to be reduced from the current 18 percent slab to the lowest possible slab.

Also Read: Meet 63-Year-Old Mr. Lobo, Owner Of 10 Electric Cars, Who Is Promoting The Use Of Electric Vehicles Since 18 Years

The industry also called for the imposition of ‘green cess’ on polluting vehicles. Mr. Gill said, “We strongly advocate the imposition of a notional green cess on the polluting vehicles and use it to accelerate electric mobility. The fund thus collected could be utilised towards incentives for customers and bring electric two-wheelers prices down to the level of petrol two-wheelers.”

By simply re-introducing the principle of “polluter pays”, it can levy a small green cess and raise funds, said Mr. Gill.

5. A ‘Clean Air Campaign’ For Awareness Building About E-Mobility

As one of its key demands, SMEV has asked for a dedicated budget that could be allocated for the ‘Clean Air’ campaign. It suggested that the fund could be integrated under the Swachh Bharat mission. According to Mr. Gill,

The clean air campaign can create massive awareness on air pollution and alternatives to polluting vehicles and can influence the mindset of customers to adopt electric mobility.

Mr. Mehta lauded the central government’s efforts towards promoting the adoption of electric vehicles and building an ecosystem for the same. However, he seeks for a long term policy support for the technology as the EV industry matures so that the industry player can make bigger investments. He also said,

Under the Phased Manufacturing Project which is the central government’s program to increase domestic production of EVs, governments the timeline to source indigenous electric motors has been set as April 2020. This will need to be extended by 6-9 months to account for the validation and certification of the components and the vehicles. Similarly, the timeline to localise lithium-ion cells by April 2021 will not be sufficient for manufacturers to scale to meet demand and should be extended to 2023.

As per experts, while India has been pushing for e-mobility for the past few years, the share of electric vehicles out of total annual vehicle sales in the country is less than three per cent. This slow growth of EVs can be attributed to various reasons like high prices, lack of charging infrastructure, and low speed among others. In order to tackle these deterrents in e-mobility adoption, the central government pledged Rs. 10,000 crore under FAME II that will be spent over a period of three years. Under FAME II, the government targets to set up 2,700 charging stations across the country, and aims to incentivise 10 lakh two-wheelers, five lakh three-wheelers, 55,000 four-wheelers, and 7,000 buses.

Electric Vehicles May Not Need To Pay Registration Fees Soon, Thanks To The New Government Proposal