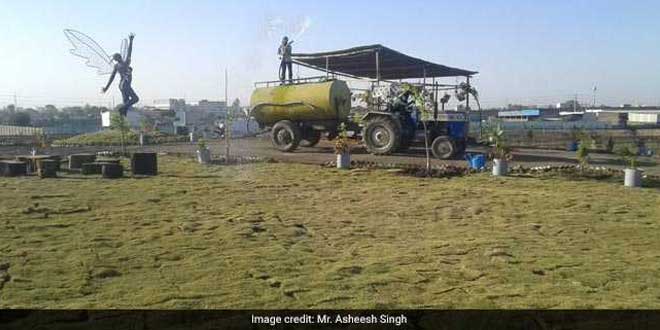 New Delhi: It’s a makeover that is bound to make every city sit up and take notice of Indore, a city that has been awarded the cleanest city in India for two consecutive years in Swachh Survekshan, a cleanliness survey of India’s cities. But as the competition gets tougher with more and more cities trying hard to claim the title, Indore has gone a notch higher with an aim of making it a hat trick. In an otherwise clean landscape of the city, the 100-acre dumpsite in Devguradiya was an eyesore that bore the burden of about 15 Lakh Metric Tons (MT) of legacy waste that accumulated over decades.

Indore’s legacy waste included plastic, metal, cloth, wood among other recyclable and combustible materials that would catch fire from time to time, polluting the air and generally turning into a health and environmental hazard. 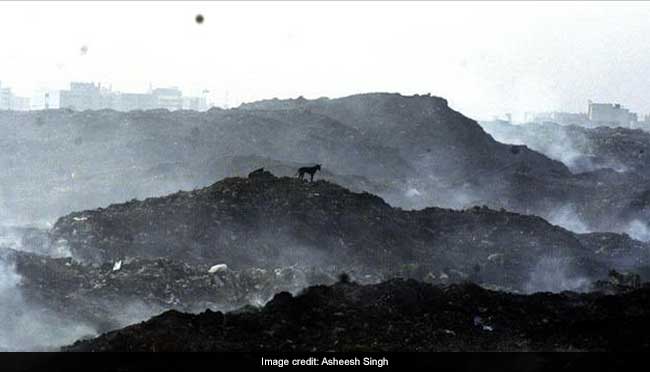 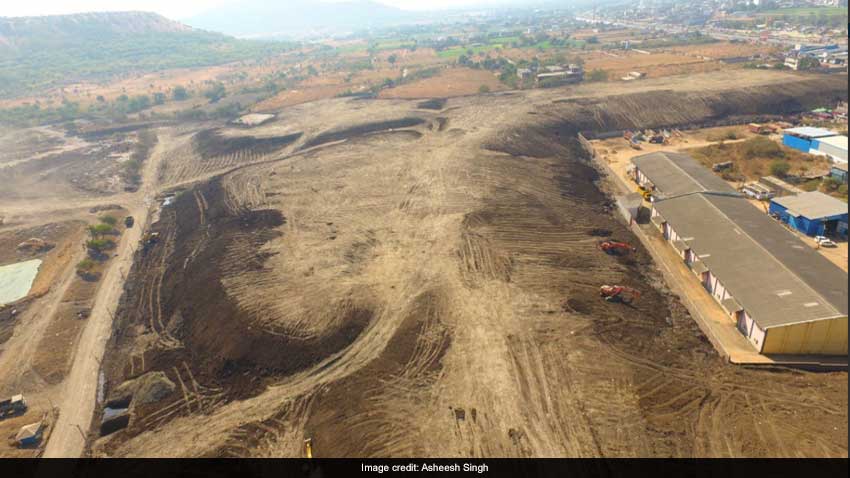 The Solid Waste Management Rules of 2016 directed urban local bodies to clear legacy waste dumps as well as existing operational dumpsite down to ground level through a process called bioremediation or biomining, which refers to an environment-friendly technique to separate soil and recyclables from legacy waste. This is done by altering the environmental conditions to stimulate the growth of micro-organisms and degrade the target pollutants without using any toxic chemicals. Hence in 2016, Indore Municipal Corporation decided to take up bio-remediation work at the landfill.

But according to Asad Warsi, Consultant to IMC, the implementation process was moving at a slower pace than expected with the process managing to clear out just 2 lakh MT out of the total 15 Lakhs MT in two years. He says the slow pace was mainly due to the outsourcing of the manpower on a contract basis and the number of machines deployed in the first phase being significantly low vis-à-vis the requirement. 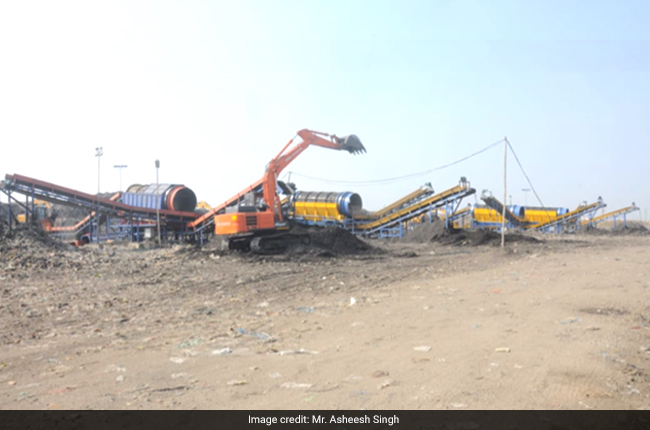 In May 2018, when Asheesh Singh took over AS the Municipal Commissioner, he noticed that the residential colonies around the landfill were facing the threats of pollution ridden diseases due to the open dumpsite.

“I also thought that the huge land wasted due to unsegregated waste dumping needed to be reclaimed. Although the reclamation project had already begun in 2016, progress was slow as well as expensive” said Mr. Singh.

Mr. Singh, on the other hand, wanted to approach the same issue with a strategy that could be faster and cheaper at the same time.

We expedited the process of biomining and I set a target to execute the biomining of the complete waste within the next 6 months. Through the experience we earned out of the progress so far and looking into the volume of legacy waste dumped at Devguradiya landfill site, I revisited the whole strategy.

Mr. Singh says that IMC deployed 15 to 20 times more machinery and resources than the previous projects on a different financial model.

Unlike previous pilot projects, we decided to not outsource the work to an outside agency as they charged us around Rs 500 per cubic meter. That would have cost us about Rs. 65 crore in totality to clear the entire landfill which was beyond our financial capacity. I decided to take machinery on rent and operate from our own resources. We operated these machinery in two shifts and actually managed to complete the work in six months. An interesting fact is that we had to spend less than Rs 10 crore in the entire process. 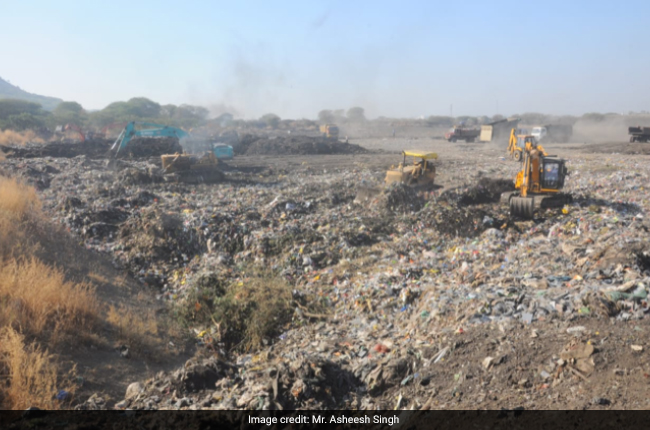 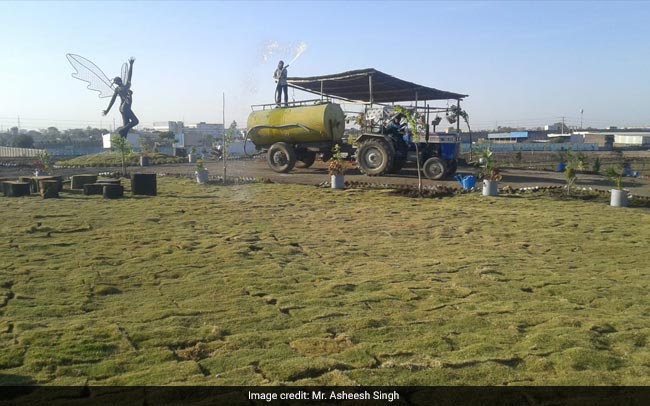 The new strategy by Mr. Singh undoubtedly worked. The work was taken up on a war footing and bio-remediation of the legacy waste of approximately 13 lakh MT was completed on December 5, 2018 as compared to the 2 Lakh MT in the previous two years. This zero landfill model also complies with the requirements of the Star Ranking of Garbage Free Cities protocol issued by Ministry of Housing and Urban Affairs, Government of India.

What an achievement of team Indore!!
Before and after photos of Indore’s garbage dumpsite. We toiled day and night for 6 months and reclaimed 100 acres of land worth 300+ crores. #IndoreRahegaNo1 @CMMadhyaPradesh @MoHUA_India @Secretary_MoHUA @SwachhBharatGov @PMOIndia @swarup58 pic.twitter.com/3Wg5zhagsT

When it comes to the 15 Lakh MT of waste recovered from the landfill, Mr. Singh explained that the waste has been completely recycled.

The recyclables recovered from the biomining process was sent for recycling, recyclable polythene was sent to cement plants and also for road making. The soil recovered was used for refilling the ground on the same site where greenery is being developed. The construction and demolition (C&D) waste was recovered and sent to C&D processing facility to produce building materials. The left over about 15% of the waste was sent to secured landfill. 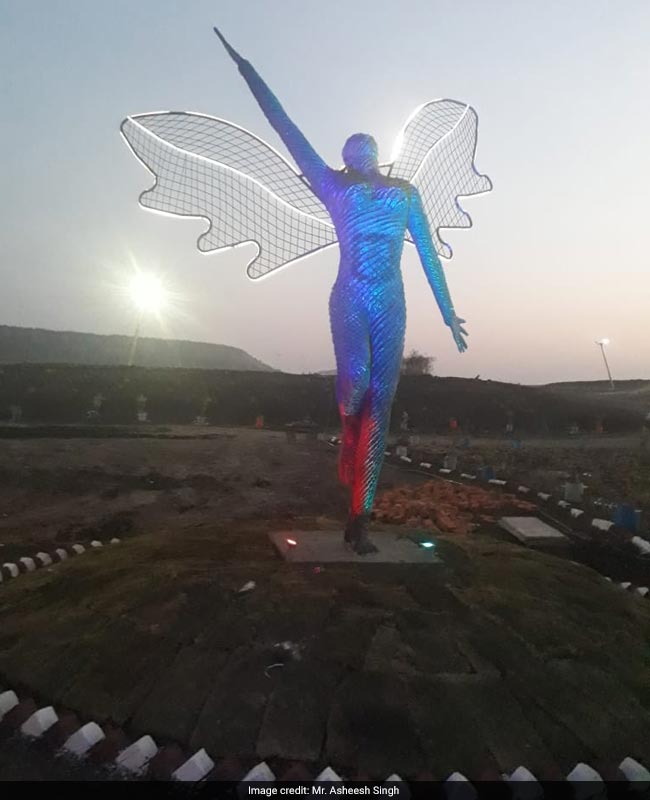 Thanks to all these efforts Indore has recovered valuable land of 100 acres worth Rs 400 crores. Mr. Singh told NDTV that IMC has called for expression of interests to develop a Golf course on Public-Private Partnership over the reclaimed land. The model for entire the project was also on display at the Vibrant Gujrat Global Summit 2019 in Ahmedabad.

The 3D model for the project is on display at the @VibrantGujarat Global Summit 2019 in Ahmedabad. #SwachhBharat pic.twitter.com/eMaTyAflsf