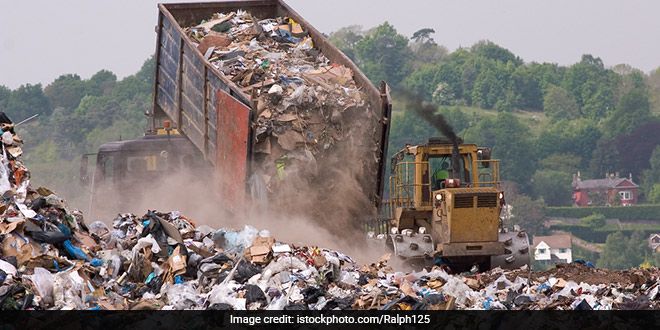 New Delhi: Scientific disposal of construction and demolition (C&D) waste should be carried out to check water and air pollution in the national capital, Delhi Lieutenant Governor Anil Baijal said on Monday (February 25). Mr Baijal chaired a meeting, also attended by city Environment Minister Imran Hussain, on pollution due to construction and demolition waste and dumping of waste in drains and water bodies. Officials told Mr Baijal that flying squads may be deployed to prevent dumping of construction and demolition waste and garbage along the banks of drains. He said scientific disposal of waste should be done to check water and air pollution. Bhure Lal, the Chairman of the Environment Pollution Control Authority (EPCA), informed Mr Baijal that during his visit to some nullahs, particularly the Najafgarh and Shahdara Drains, he found their condition was “pathetic and stench was unbearable”.

“Gases coming out from such stagnating dirty water are causing harm to human health,” EPCA Chairman Bhure Lal said. He also apprised that entire NCR is dotted by C&D and plastic waste mountains which are responsible for deterioration not only of the air quality but also adversely affect underground water quality. Mr Baijal was informed about the initiatives taken by the Irrigation and Flood Control Department for rejuvenation of drains and water bodies.

Major behavioural change campaigns are required for maintenance of drain, disposal of the C&D waste and municipal waste by local residents along the banks of the drains, Environment ministry officials said. Septage disposal in the drain is a major threat to these natural drains. It was also informed that department has got a study conducted from Central Road Research Institute for the usage of dredged soil/silt removed from drains, they said.

Also Read: Towards A Zero-Waste Future: 23 Global Cities Commit To Avoid Disposal Of 87 Million Tonnes Of Waste By 2030