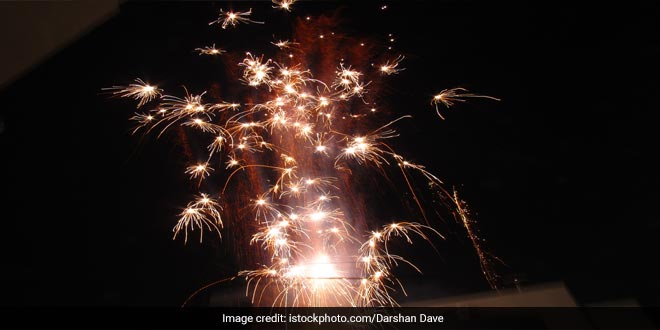 New Delhi: Delhi registered a 64 per cent reduction in PM2.5 concentration and a 57 per cent drop in PM10 levels on Diwali this year as compared to last year, the Delhi Pollution Control Committee (DPCC) said in a report on Tuesday (October 25). The capital reported an air quality index (AQI) of 303 on the day after Diwali (Tuesday) as compared to 462 last year. The DPCC attributed the relatively better air quality this time to the reduction in stubble burning incidents in Punjab, better meteorological conditions and “less bursting of firecrackers”. According to the report, the concentration of PM2.5 (particulate matter up to 2.5 micrometres in diameter) at the Mandir Marg air quality monitoring station dropped by 80 per cent — from 648 microgram per cubic metre on Diwali last year to 127 microgram per cubic metre this year.

The minimum reduction was observed at Patparganj (21 per cent), it said.

The DPCC said “all the stations observed reduction in the concentration of PM10 (particulate matter up to 10 micrometres in diameter) in 2022 with respect to 2021.” The minimum reduction was observed at Okhla (20 per cent) and maximum at Wazirpur (69 per cent), the report read.

One of reasons for better air quality this year could be a “56 per cent reduction in residue burning events on Diwali in Punjab this year compared to 2021”.

“Less bursting of firecrackers in 2022 could also be an important reason as compared to 2021,” it said.

‘Poor’ But Best Post-Diwali Air In Noida In 5 Years