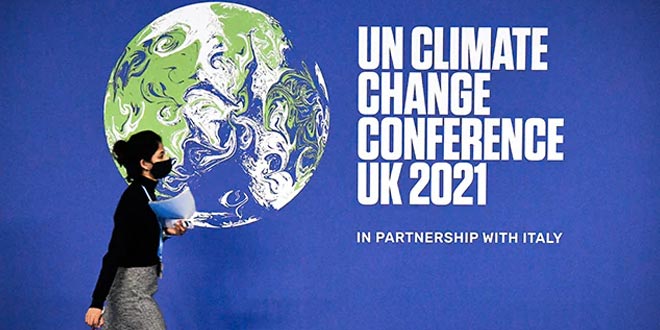 From saving the Aarey forest to protecting 9,800 hectares of mangrove lands across the state, Maharashtra has been at the forefront of adaptation and mitigation efforts, noted Under2 Coalition

New Delhi: On Sunday (November 7), Maharashtra bagged the ‘Inspiring Regional Leadership’ Award from Under2 Coalition Climate Leadership Awards 2021 and became the only Indian state to win one of the three awards by Under2 at COP26 in Scotland. Aaditya Thackeray, Maharashtra’s Environment Minister, received the award on behalf of the state. Sharing the news on social media, Mr Thackeray dedicated the award to the citizens of Maharashtra and the climate action ambitions of India. He wrote, “The climate group works with sub national governments around the world and we are proud to be partnering for a better climate future with them all. Last night’s award recognised the efforts of Maharashtra on a global scale.”

The climate group works with sub national governments around the world and we are proud to be partnering for a better climate future with them all. Last night’s award recognised the efforts of Maharashtra on a global scale.

What Is Under2 Coalition?

The Under2 Coalition is a global community of state and regional governments committed to ambitious climate action in line with the Paris Agreement. The Paris Agreement is a legally binding international treaty on climate change. It was adopted by 196 Parties at COP 21 in Paris, on December 12, 2015 and entered into force on November 4, 2016. Its goal is to limit global warming to well below 2°C, preferably to 1.5°C, compared to pre-industrial levels.

The Under2 Coalition brings together 260 governments representing 1.75 billion people and 50 per cent of the global economy. From India, five states and UTs have joined the Under2 coalition – Chhattisgarh, Jammu and Kashmir, Maharashtra, Telangana and West Bengal.

Our members commit to keeping global temperature rises to well below 2°C with efforts to reach 1.5°C. 35 states and regions in the Coalition have committed to reaching net zero emissions by 2050 or earlier. The Climate Group is the Secretariat to the Under2 Coalition and works with governments to accelerate climate action through three work streams – pathways; policy action; transparency, states the official website.

Maharashtra As A Member State of Under2 Coalition

On July 1, 2021, Maharashtra became the fifth Indian state to join the Under2 Coalition. Maharashtra has witnessed a seven-fold increase in drought events and a six-fold rise in the frequency of flood events in the last 50 years, according to a first-of-its-kind independent study conducted by not-for-profit policy research institute Council on Energy, Environment and Water (CEEW). The study assessed patterns through district-level profiling of India’s extreme climate events between 1970 and 2019.

Under2 award for inspiring regional leadership looks for governments that are proactive and vocal about fighting climate change and which inspire others to follow them. As per the information available on Under2’s official website,

State’s (Maharashtra) climate action policy entails detailed plans on climate change mitigation and considers the threats associated with sea-level rise for coastal areas. From saving the Aarey forest to protecting 9,800 hectares of mangrove lands across the state, Maharashtra has been at the forefront of adaptation and mitigation efforts.

Speaking in Glasgow at COP26, Aaditya Thackeray who is also the Minister for Tourism & Protocol said,

This state wants to lead the way in India to tackle climate change. Thankfully, the Chief Minister (Uddhav Thackeray) is a passionate wildlife enthusiast and conservationist, and he has given us the ability to dream of a better future for a greener future. We have started with a movement called Majhi Vasundhara, which means My Planet. We are focussing on the traditional five elements of nature.

The minister also spoke about how the state government was looking at clean energy and moving away from conventional energy like thermal or coal energy.

We strongly believe that it is high time we put in collective efforts and meaningful actions to work on this global issue that sees no borders of geography, race, nationality or gender. We are truly delighted to have been recognized by the Under2 Coalition for our heartfelt ongoing contribution towards climate action.

Earlier in October, Mr Thackeray had announced that all 43 major cities and urban clusters in Maharashtra have joined United Nation’s “Race to Zero” campaign and have pledged to go net-zero by 2050. Net Zero refers to a state in which the emissions released in the atmosphere are balanced by removal out of the atmosphere.