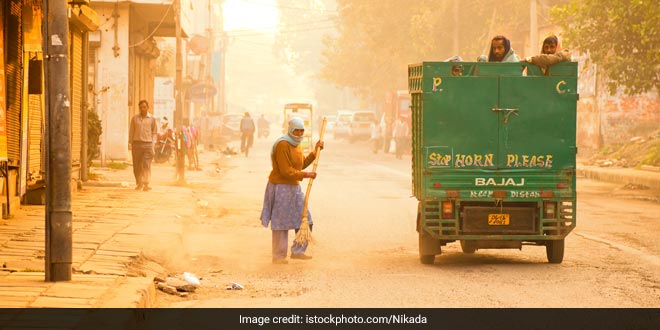 New Delhi: Delhi Lieutenant Governor V K Saxena on Tuesday (Jun 14), launched a special cleanliness drive in the city that will be carried out jointly by multiple agencies. According to the civic officials, Chief Minister Arvind Kejriwal, Deputy Manish Sisodia and MLA Dilip Pandey were slated to be present on the occasion, but they couldn’t make it to the event.

The Lt Governor launched the drive with a symbolic sweep of a broom at an event held at Batra Cinema Complex at Mukherjee Nagar area in northwest Delhi. In his address, the LG emphasised that sanitation workers may be considered at a lower position in the social strata, but they do work of immense value in keeping our cities clean, and that elevates their position in society.

Chief Minister Kejriwal in a tweet appealed to all the MPs, MLAs and the masses to enthusiastically take part in the cleanliness drive.

We have to together make our Delhi clean.

In a statement, the Municipal Corporation of Delhi (MCD), has said,

In this cleanliness drive, special attention will be given to those public spaces which get left out during routine cleanliness activities. The Municipal Corporation of Delhi will carry out this drive with its men and machinery and put in 100 per cent efforts.

Civic authorities on Saturday had launched a fortnight-long cleanliness drive and said that an action plan had been prepared to execute the work.

Special sanitation drives were kicked off on Saturday in all MCD zones and nodal officers were appointed to execute the work, officials earlier said.

The ‘Swachhta Pakhwada’ has been started under the direction of Delhi LG, the MCD had said in a statement.

Air Pollution Is Reducing Life Expectancy In India By 5 Years And In Delhi By 10 Years: Study