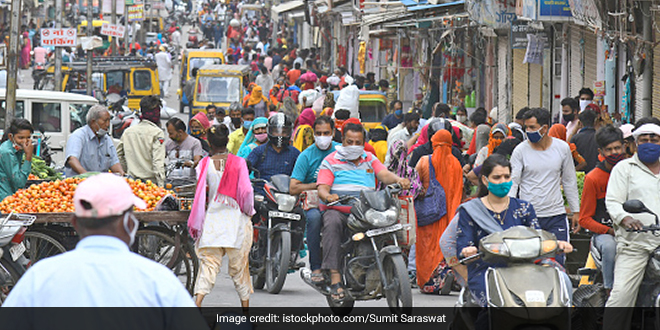 In terms of future interventions, Dr. Kucheria stated that the solutions to rising levels of pollution did not rely on doctors, but on policymakers and other concerned officials

New Delhi: Delhi ranks third among the top 20 most polluted cities across the world, according to IQAir’s 2022 list, a Swiss air quality technology company, specialising in protection against airborne pollutants. Vehicular emissions contribute 51 per cent and construction about 7 per cent to air pollution, according to a study published in the Centre for Science and Environment (CSE). The reports further state that waste burning and road dust contribute nearly 5 per cent and 4 per cent, respectively. Apart from that, local sources, such as cow dung cake combustion, cause 32.9 per cent of the pollution in the national capital.

Speaking to NDTV-Banega Swasth India team about the current status of Delhi’s air pollution, Dr. Rachna Kucheria, a general physician and a public health expert (MD-MDH) said the reductions in the Air Quality Index (AQI) numbers were not helpful as they are still above the desirable level. She said,

In technical terms, most of us are looking at the AQI numbers, every day we are tracking them. Some days ago, the AQI was nearly 500, which later came down to 300–340 in a few days. But it is still above the desirable level; it is still a level where people are getting sick acutely. The pollution levels are more dangerous for people with underlying chronic respiratory issues.

She further said that the doctors have seen a rise in the number of patients in the hospitals due to the air pollution. Young adults and people without medical histories are also being severely affected, she added.

Young people in their late 20s are reporting upper respiratory issues, coughing, wheezing, etc. My colleagues who work in the emergency setting of hospitals are seeing a higher number of patients with heart problems. So, things like heart attacks, clotting of the veins, hardening of arteries, and effects on pregnant women are being observed, Dr. Kucheria said.

In terms of future interventions, Dr. Kucheria stated that the solutions to rising levels of pollution did not rely on doctors, but on policymakers and other concerned officials. She emphasised the need for policymakers to become proactive in tackling the air pollution menace and also advised certain measures people can follow to avoid contracting any respiratory issues.

All we as doctors can do is treat patients, basically react to the issue, and not prevent it. That is the work of policymakers, they need to step in.

Dr. Kucheria detailed a couple of steps individuals can adhere to, to protect themselves in the coming days: