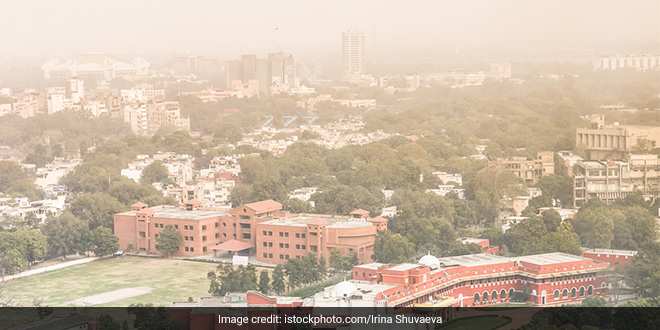 All construction and demolition work, except for essential projects, is banned in Delhi-NCR under the third stage of the GRAP

New Delhi: The Centre’s air quality panel on Friday (November 11) said curbs under stage 3 (severe) of the Graded Response Action Plan (GRAP) will continue in Delhi-NCR as the air pollution in the region is showing an upward trend. Delhi’s 24-hour average air quality index deteriorated from 295 on Thursday to 346 on Friday, primarily due to raging farm fires and favourable conditions for transport of emissions from stubble burning to Delhi-NCR. An AQI between 201 and 300 is considered “poor”, 301 and 400 “very poor”, and 401 and 500 “severe”.

The CAQM said in a statement,

The Air Quality Index (AQI) has been showing an increasing trend for the last two days in Delhi-NCR. Wind conditions have not been very favourable and accordingly dispersion of air pollutants has not been very effective.

The commission noted that north-westerly wind flow is conducive for an increase in the impact of farm fires on the capital’s air quality.

The sub-committee on GRAP has decided that the “ongoing action implemented under Stage III of GRAP shall continue and it should not be withdrawn at this stage” to prevent deterioration of air quality, it said.

All construction and demolition work, except for essential projects, is banned in Delhi-NCR under the third stage of the GRAP.

According to the data from the Indian Agricultural Research Institute (IARI), farm fires in Punjab increased from 1,893 on Thursday to 3,916 on Friday, the highest this season so far.

Their share in Delhi’s PM2.5 pollution also increased from 8 per cent on Thursday to 19 per cent on Friday, according to SAFAR, a forecasting agency under the Ministry of Earth Sciences.

The data from the Decision Support System of the Indian Institute of Tropical Meteorology showed “biomass burning” was a major reason behind the increase in air pollution in Delhi-NCR on Friday. With air pollution ameliorating in Delhi, the CAQM had on Sunday directed authorities to lift the curbs imposed under the stage 4 of the GRAP, including a ban on plying of non-BS VI diesel light motor vehicles in the region and the entry of trucks into the national capital.

The CAQM order recommending the restrictions was issued on Thursday.

The Delhi government had also shut primary schools and ordered 50 per cent of its staff to work from home last week. However, the directions were rescinded following an improvement in air quality. According to an analysis conducted by the Delhi Pollution Control Committee last year, people in the national capital breathe the worst air between November 1 and November 15 when stubble burning peaks and winters set in.

The Air Quality Life Index (AQLI) released by the Energy Policy Institute at the University of Chicago in June showed that residents of Delhi stand to lose 10 years of life expectancy due to poor air quality.

Climate Change: US To Help India In Facilitating Funds For Energy Transition