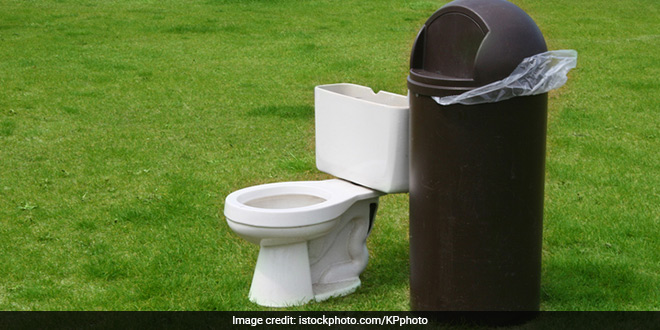 New Delhi: An Open Defecation Free (ODF) status implies that everyone has an access to toilet and ODF plus tag means that no waste is reaching the landfill and the liquid and solid waste is treated completely. Under Swachh Bharat Abhiyan, while many states in India are first turning themselves ODF and only then working towards the goal of ODF plus, Bihar’s Nalanda district has adopted a unique approach. It is probably first and the only district in the country that is working towards acquiring both the statuses simultaneously. The whole strategy was conceptualised at the beginning of this year and the district has successfully managed to make three of its villages ODF and waste free till now.

Realising that sensitisation and behaviour change are the fundamental aspects of achieving Clean India Mission goals, the district administration has launched a massive awareness campaign across the region. Around 1,200 Swachhta Grahins, also known as foot soldiers, have been conducting door-to-door campaigns across the district since last one year educating people about the benefits of toilet and waste management. Nalanda comprises 249 Gram Panchayats and 931 villages of which 269 villages have eliminated open defecation.

Also Read: Bihar’s Sanitation Scenario In Tatters As Toilet Coverage Is At 32.35% Despite 3 Years Of Swachh Bharat Abhiyan

Completely eliminating open defecation and establishing an effective liquid and solid waste management technique is an extremely long and arduous process and striving towards both the activities simultaneously will make the process swift. Hence, we kicked off both the goals together this year in January, says Aishwarya Alexander, Swachh Bharat Abhiyan Prerak.

Nalanda’s overall toilet target is to build three and a half lakh individual household toilets, of which 1,75,000 toilets have been constructed in last three years.

We aim to achieve rest of our target by October next year. Besides the numerous ongoing campaigns, we have also asked the swachhta grahis to conduct morning and evening vigilance in those areas which are prone to open defecation. We have also included the Self Help Group members consisting of community women in our campaign. Their main task is to motivate their neighbouring households, adds Aishwarya.

The district aims to go ODF by October next year.

Towards A Waste Free Society

With an aim to develop a waste free region, the district has installed first-of-its-kind Solid Liquid Resource Management Centre (SLRM) centres in three open defecation free blocks. Close to 302 kilos of waste, generated by 1415 households, gets treated everyday in the three centres. 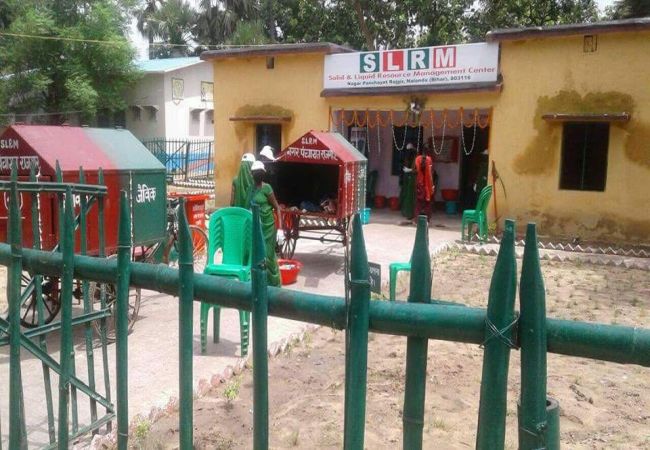 The centre is fully run by local women and right from collecting, transporting and treating the waste, the whole waste management process is carried out by a group of 50 women. Since all the residents in these three blocks practice source segregation, the task of separating organic and inorganic waste becomes easier. The wet waste is converted into organic manure via the composting process. The manure that gets produced is used in public parks. 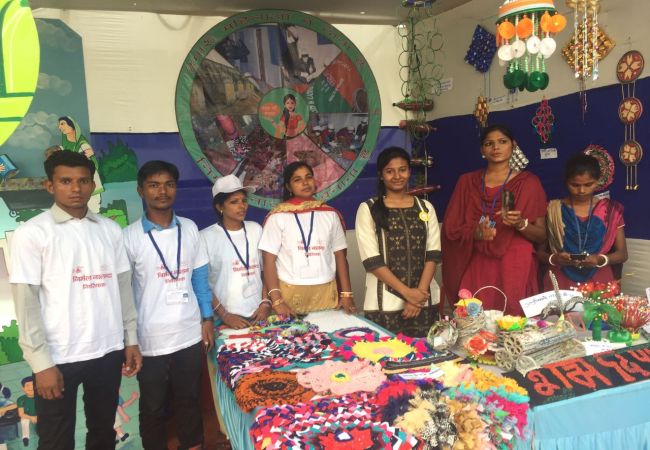 As for the dry waste, it is first washed and then given to the local recycling centres or reused to make useful objects. The workers by and large reuse the discarded items and create beautiful artifacts out of it. Their work was even appreciated by Bihar Chief Minister Nitish Kumar during the Pawapuri Mahotsav this year. From baskets made out of chips packets, carpets and doormats weaved from polythenes, purses made from old torn clothes to flower vases and bins made from plastic bottles, there were several items displayed in the fair. After receiving a great response from people and analysing the market demands, the district administration has now decided to generate revenue out of these reused products. 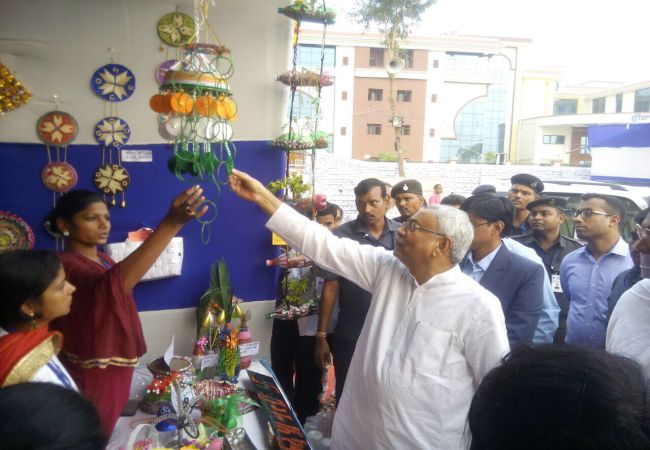 Per product can cost from Rs 50-250 and has the potential of generating revenue. The work is currently at a very minuscule level. Looking at the kind of response we received, we will now encourage other rural women to follow the suit, says Aishwarya.

By March next year, the district plans to install the SLRM centres in all its 20 blocks and prevent the waste from going to the landfill.

In Jammu’s Dansal, A Swachh Turnaround Sees Increase In Sanitation Coverage By 54 Per Cent In Just A Year