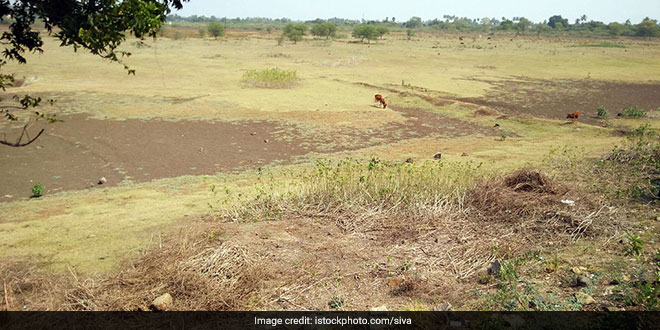 New Delhi: Badkhal lake in Faridabad, which was once a popular tourist gateway for the people of the national capital, has turned into a barren piece of land for the past 20 years thanks to illegal quarrying and mining in the area. Now, various measures are being discussed at the government level to restore the lake, including the construction of a sewage treatment plant (STP), but damaged aquifers, low groundwater level and disturbance of water catchment pathways cast aspersions.

Also, experts feel that restocking of existing forest lands that have been depleted in all these years could hold key to bringing Badkhal lake back to its old glory.

Rajendra Singh, who won the Magsaysay Award in 2001 and the Stockholm Water Prize in 2015, feels the rejuvenation of the lake could be done through natural ways.

The source of water for the lake is forests and they are in a degraded state now. So there is need to ensure greenery in the catchment area for smooth flow of water, said Mr Singh, who is also called the Waterman of India.

Badkhal lake was built soon after the country got Independence in 1947 to facilitate water supply to the nearby farms. In 1972, the Haryana government built a resort off the lake, which was a major tourist attraction during the ’70s through to the ’90s.

Later, the construction boom in the National Capital Region (NCR) drove quarrying and mining in the area at a large scale. As illegal mining and quarrying mushroomed, the downward water flow to the lake was not just obstructed, but aquifers were also damaged, said environment analyst Chetan Agarwal.

In addition, deforestation and rampant borewell digging in the area owing to urbanisation worsened the situation, leaving the lake high and dry.

Mining and quarrying disturbed the aquifers in the upstream areas and created some amount of disturbance in the pathway of waterflow. So less water must be coming to the lake now. Groundwater levels too have gone down to 150-200 feet near the Badkhal lake. So water percolates in the ground very fast. Also, shrinking of forests is a major cause of concern, Mr Agarwal said.

Damdama lake, which is about 20 km from the Badkhal lake, has also dried up for similar reasons.

The Aravali Range, which is considered to be the oldest range of fold mountains in India, has witnessed damage to the flora and fauna in this region, which is close to the Asola Wildlife Sanctuary, owing to excavation activities.

While the impact of mining activities on the big carnivore in the area — the leopard — has not been assessed properly yet, it has definitely taken a toll on the population of birds and various kinds of trees in the area, Agarwal said.

Ashraf Khan, a youngster who lives near the Badkhal lake, said he never saw water in it.

My parents told me that there used to be water in the lake earlier and people used to do boating during summers. However, I have never seen the lake full of water except for few puddles during monsoon, he said.

About two decades ago, the Badkhal lake would be filled with water even during summer months. Now, the tourists hardly go there, a Haryana government official said.

The average booking of three-four rooms daily in the 30-room resort run by the Haryana government, which would remain fully booked 20 years ago, bears testimony to it.

The Indian Institute of Technology-Roorkee (IIT-R) was appointed last year to carry out geo-technical survey of the dried-up Badkhal lake under the Smart City project. It has submitted its report to the government recently.

The government is planning to build a sewage treatment plant to fill the lake. The project is in the final stage of the tendering process, sources said.

However, experts are not impressed with the plan.

Mr Singh said the government’s plan was not “revival” as claimed but “renovation”.

It is renovation as it is a new physical work. However, if you want to revive and rejuvenate the lake, you need to ensure continuous flow of water into the lake, he told IANS.

Related Topics:
Haryana
Up Next

Once A Dumping Ground, Neela Hauz Now A Soothing Site