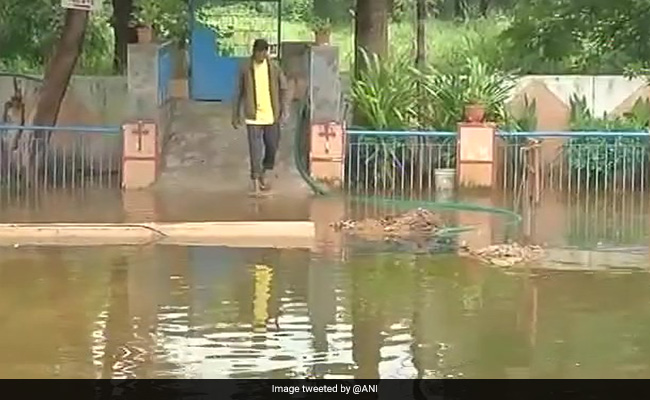 Bengaluru: The Karnataka government is mulling over making it compulsory for commercial buildings in rural areas to implement rainwater harvesting as part of its effort to build a water-secure future for the state, Rural Development Minister Krishna Byre Gowda said on Saturday. He said,

Commercial buildings in rural Karnataka like factories, warehouses, buildings, we are trying to make rainwater harvesting compulsory for them. We are examining it legally also. We will issue a circular regarding this to get it implemented compulsorily.

Currently, such a mandate of making rainwater harvesting compulsory is existing for the areas that come under urban local bodies and not for rural parts. Referring to buildings constructed by Panchayati Raj Engineering divisions like schools, colleges, anganvadi buildings, hospital buildings, Mr. Gowda said

We are changing the model, making it mandatory to include rainwater recharge in the building and an order to this effect will be issued on June 11.

The minister held a video conference with Chief Executive Officer of all districts about ‘Jalamrutha’ and Karnataka’s Year of Water campaign to harvest water and conserve it, with public participation that involves water literacy programme.

He said 15 years of the last 19 years have been drought-hit for Karnataka. In the backdrop of World Environment Day, the State is implementing a set of programmes on June 11, the day on which at least 30 lakh trees would be planted by involving the public, self-help groups, school children, youth clubs and 6,022 panchayats.

Implementation of waste management including-segregation, composting and recycling- will be taken up in 1000 gram panchayats under Swachchameva Jayate programme, he said, adding that water literacy talks will be held at schools, colleges, and panchayats.

Work on 20,000 water harvesting structures is on and will be completed by 2019-20, the minister said. He further said,

We will also revive 14,000 small water bodies, and will take advantage of NREGS (National Rural Employment Guarantee Scheme) to create assets at an investment of Rs. 500 crore. The department also plans to distribute about 2 crore plants through gram panchayats this year.

Even A Drop Of Pollution In Ganga Is Matter Of Concern, Says National Green Tribunal