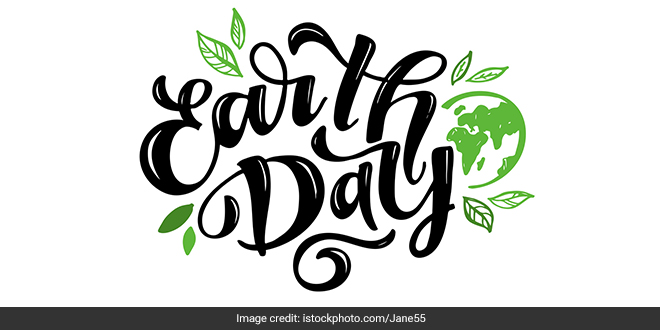 The theme for Earth Day 2022 is ‘Invest in our planet’

New Delhi: The Earth is suffering from the impacts of climate change including extreme heat, temperature rise, changes in weather patterns, melting ice caps, wildfires, floods, and droughts, among others. “Climate change is the result of more than a century of unsustainable energy and land use, lifestyles, and patterns of consumption and production,” said IPCC Working Group III Co-Chair Jim Skea. To drive positive action for our planet and diversify, educate and activate the environmental movement worldwide, Earth Day is marked on April 22.

The Impact Of Climate Change

Greenhouse gas concentrations are at their highest levels in 2 million years and emissions continue to rise. As a result, the Earth is now about 1.1°C warmer than it was in the late 1800s. The last decade (2011-2020) was the warmest on record, as per the United Nations.

According to the United Nations climate panel IPCC (Intergovernmental Panel on Climate Change), limiting global temperature rise to no more than 1.5°C would help us avoid the worst climate impacts and maintain a livable climate. Yet based on current national climate plans, global warming is projected to reach around 3.2°C by the end of the century.

Climate change can affect our health, ability to grow food, housing, safety, and work. Some of us are already more vulnerable to climate impacts, such as people living in small island nations and other developing countries. The UN adds,

Conditions like sea-level rise and saltwater intrusion have advanced to the point where whole communities have had to relocate, and protracted droughts are putting people at risk of famine. In the future, the number of “climate refugees” is expected to rise.

The theme for Earth Day 2022 is ‘Invest in our planet’. Stressing on the ‘time is now’ and calling for urgent climate action, Earth Day 2022 calls people to, “Act (boldly), innovate (broadly), and implement (equitably). It’s going to take all of us. All in. Businesses, governments, and citizens — everyone accounted for, and everyone accountable. A partnership for the planet.”

How Will Earth Day 2022 Be Celebrated

Various events across the world will be organised on April 22 to mark Earth Day and draw attention to the need to invest in the planet as the time to solve the climate crisis is now. For example, in India’s Jhansi, Uttar Pradesh, the Indian Biodiversity Conservation Society will be organising a National Webinar on “Green Future Is A Prosperous Future” to go with the theme Invest in our planet. Similarly, MTM College in Kerala plans to host a week-long plastic waste collection campaign.

The first Earth Day was celebrated in 1970 and inspired 20 million Americans — at the time, 10 per cent of the total population of the United States — to take to the streets, parks and auditoriums to demonstrate against the impacts of 150 years of industrial development which had left a growing legacy of serious human health impacts. Later in 1990, Earth Day went global, mobilising 200 million people in 141 countries and lifting environmental issues onto the world stage. Earth Day 1990 gave a huge boost to recycling efforts worldwide and helped pave the way for the 1992 United Nations Earth Summit in Rio de Janeiro.

With 5,000 environmental groups in a record 184 countries reaching out to hundreds of millions of people, Earth Day 2000 built both global and local conversations, leveraging the power of the internet to organise activists around the world.

In 2020, Earth Day marked 50 years with global activations that aimed to mobilise a billion people worldwide to take action for our planet.

Women With ‘Long COVID’ Have More Symptoms Than Men: Study