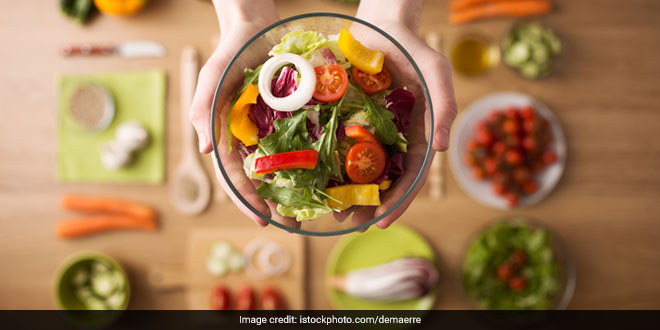 New Delhi: ‘We are living in a time when the poor diet is a leading cause of thousands of deaths in India annually,’ as per the Lancet study. The report, which tracked trends in consumption of 15 dietary factors from 1990 to 2017 stated that one in five deaths globally – equivalent to 11 million deaths, are associated with poor diet alone. The recently published report by National Health Profile, 2019 (NHP-2019) also stated that in India the disease burden is passing from communicable to non-communicable diseases and the diet-related diseases such as diabetes, hypertension, and obesity is rising rapidly. Keeping all these factors in mind, India’s food safety regulator, Food Safety and Standard Authority of India (FSSAI) under the Ministry of Health and Family Welfare launched the ‘Eat Right India’ movement in 2018 with the motto to usher in a ‘new food culture’ in the country which is both safe and healthy for consumption.

What Is Eat Right India Movement?

Eat Right India is an awareness campaign through which we aim to motivate people of the country – be it the urban population or rural, to eat in a right way. With the agenda of ‘Sahi Bhojan, Sahi Jeevan (Right Food, Right Life), the campaign aims to make individuals, food producers and marketers aware about the most basic thing that is eating and serving healthy food.

Highlighting how the awareness campaign would work, Ms Sharma added,

We are targeting Social Media to reach the urban population, be it the consumer or producer. Moreover, we have created a pool of information and have specially created one channel by the name of Eat Right India, an online site where one can get every information – from healthy recipes to guidelines one should follow for eating healthy and nutrients one should aim to have for a healthy life. The information has been generated with the help of experts, nutritionists, doctors and chefs. Apart from digital media, to reach out to masses from rural areas, we are also reaching out to producers as they will help to sell better food items, schools and anganwadis and guiding them about the initiative. Moreover, using mass media like radio jingles, television ads, pamphlets, the awareness is being raised about different aspects like why one should eat less salt, cut down the consumption of trans fat etc. The Eat Right India movement has also tied up with actor Rajkummar Rao who is supporting the FSSAI’s initiative of reducing the consumption of foods high in fat, sugar and salt and is motivating many people to do so.

Ms Sharma says to specially target rural people about Eat Right India movement, FSSAI has tied up with anganwadis, state’s rural department officials who will make sure the campaign reaches a common man by going door-to-door, organizing community programmes and more for the movement.

The food regulatory authority as a part of the nationwide campaign is also reaching out to different schools and colleges and is organizing ‘Eat Right Campus’, wherein the officials are making children aware about safe food practices and moreover guiding the authorities on why the school and college canteens should not be selling any unhealthy food items on its premises.

Ms Sharma adds, “We have given direction of organizing Eat Right Campuses in every state, our officials have been asked to draw a plan and start reaching out to every school and colleges in their respective state.”

1. Make India trans-fat free India by 2022
Ms Sharma said, “To meet this goal, FSSAI have already put the regulation to reduce trans-fats to less than 2 percent in all oils, fats and food products in place. Any product not meeting this will not get green mark by us hence will not be FSSAI approved.”

2. Reduce India’s Salt Consumption
According to FSSAI, an average Indian consumes around 11g of salt per day, double the amount of salt recommended. The recommendation is of 5g of salt per day. The statistics shared by FSSAI also says that one in six deaths in India is because of high intake of salt. The Eat Right India movement aims to make people aware about these stark facts and thereby reduce the salt consumption among people.

FSSAI through the movement also aims to cut down salt/sugar and oil consumption by 30 per cent in three years’ time. Moreover, the safety regulatory body has also passed draft regulations on menu labelling of the products and asked the industry to highlight products that are with high sugar and salt.

Eat Variety, Eat Seasonal, Eat Local – One of the dietary guidelines passed under the ‘Eat Right India’ movement is that people need to eat a variety of whole grains and flour such as bajra, ragi, or broken wheat in their daily meals. Low-fat, protein-rich food should be eaten such as pulses, sprouts, meat and lean fish. The guidelines also say that fresh seasonal fruits should be eaten over fruit juices

Intake of sugar in the daily diet should be cut down – According to the Eat Right India movement guidelines, one should avoid too much consumption of sugar-sweetened beverages, confectionery items like cakes, cookies, and other items

Intake of salt should be 5g per day as recommended by the World Health Organisation, so one should cut down on chips, namkeens and pickles. Also, should avoid sprinkling salt over salad, cut fruits

The consumption of oil should be tracked and reduced in one’s daily routine. Eat Right India movement suggests the use of different types of oils in rotation for health benefits. The movement also suggests looking out for F+ certified fortified food items to help meet the daily requirement of key micronutrients

Safe and Nutritious Food Initiative: This focus on social and behavioural change around food safety and nutrition at home, school, workplace and on-the-go. Under this initiative, FSSAI is responsible for making people aware of how to cook food in a safe and hygienic environment so that the benefits of the nutrients can be kept intact.

Eat Healthy Campaign: Under this, the focus is on the reduction of high fat, sugar and salt foods in the diet. Under this initiative FSSAI has passed many guidelines and mandates for the producers asking them to make products with low fat, sugar and salt. Apart from producers, even the consumers are being made aware of the need of eating a healthy diet.

Food Fortification: Fortification is basically the addition of key vitamins and minerals such as Iron, Iodine, Zinc, Vitamins A and D to staple foods such as rice, wheat, oil, milk and salt to improve the nutritional content. Under this initiative, these nutrients which may or may not have been originally present in the food before processing or may have been lost during processing are added in different varieties of food and then supplied to the larger population.

Food Fortification regulations wherein it was made mandatory to add micronutrients to five staple foods in India by all the brands such as milk, oil, wheat, rice and wheat flour. F+ logo was also introduced for the fortified food. As part of government’s ongoing Poshan Abhiyan, FSSAI has incorporated food fortification within the Eat Right India movement. Under this movement, the aim is to work on implementing fortified food laboratory in the country and help encourage the production, sale, distribution and consumption of fortified food items.

The motto of Eat Right India movement is similar to that of Gandhiji’s philosophy on food and nutrition – Eat safe, wisely and healthy and its basic aim is to promote healthy eating by telling people and corporates about the basics of nutrition and why it is important for the whole country to eat good food. As a part of this initiative, we have trained over 1.7 lakh food safety supervisors who will over the course of years to come, help spread awareness and sensitise people and food vendors on food safety. From organizing campaigns online to organizing conferences with policymakers and community programmes to sensitise people about the initiative and passing guidelines for policymakers and food producers, these food safety supervisors will do it all.

Along with the awareness drive, FSSAI also aims to pass some mandates and guidelines as a part of Eat Right India movement for food producers and marketers. Explaining the same, Ms Sharma says,

As a part of the initiative, we have recently passed a mandate that all food producers need to mention in bold and big letters in their food labels if their product is high on sugar, salt and trans fat. The motto is to keep the citizens well informed. Along with these, one of the major roles is played as a part of food fortification, wherein we add the nutrients to the major staple foods which are widely consumed so that the large population can get some of the necessary nutrients. For food fortification, we are making general public aware about the process and why they should look out for fortified products. Apart from consumers, the moment is also reaching out to different brands and making them learn about the process and why they should do it.

Experts View: How The Campaign Can Make A Difference

The Eat Right India campaign is one platform which brings together people, celebrities and other influencers, food industry, public health professionals, civil society and consumer organizations to work towards one goal and that is to ensure healthy eating. On one side the campaign is making people aware about eating right, and the benefits. On the other side, it is also promoting food businesses to reformulate their products, provide better nutritional information to consumers and make investments in healthy food items. If the campaign reaches more and more people, it can go a long way in addressing non-communicable diseases in the country.

Not easily detectable, most lifestyle diseases like diabetes, heart disease, hypertension, high cholesterol levels are insidious in nature. They gradually develop over the years and can cause serious complications even when in the borderline stage. The good news is that lifestyle change or change in some habits can go a long way in reversing these lifestyle-related diseases. And that’s where Eat Right India comes in picture as this is the movement which is today guiding people about the consequences of such diseases and why from a very early stage people should take care of such things.

Today, food producers are giving many items out in the market which are high in sugar, salt and even in trans-fat. As a food regulatory body it is the duty to pass on strict guidelines for such producers and have some restriction. Hopefully with Eat Right campaign, this chain of producing anything to everything will be broken and producing with responsibility will come into the picture.