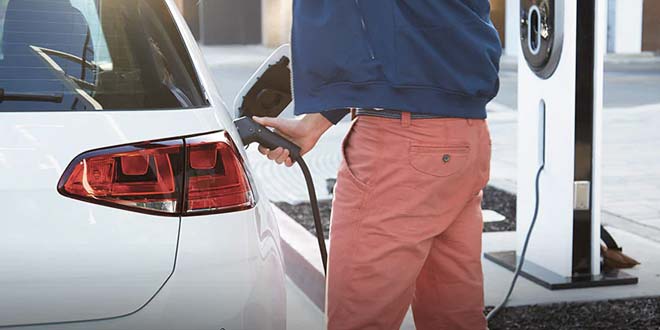 New Delhi: Almost 1,20,000 units of electric vehicles (EVs) were sold in India in the financial year (FY) 2018-19 which almost doubled from FY 2017-18, as per an estimate by Society for Manufacturers of Electric Vehicles (SMEV). For a country which globally ranks fourth in automobile sector with almost 2.19 crore vehicles, less than one per cent is currently electric. The government of India has called for faster adoption of electric mobility in the country and pushes towards achieving the target of making 30 per cent of all vehicles in India all-electric by 2030. So, Can India, with such a small market share of EVs achieve the 2030 target? Here are some experts’ views:

Professor Ashok Jhunjhunwala, an EV expert and professor of Indian Institute of Technology, Madras, opined at a lecture in the Indian Institute of Management, Calcutta last week that electric vehicles are the future. He further stated that with the help of innovative approaches, India’s transport sector can become all electric-driven by the year 2030. Sohinder Gill, CEO of Hero Electric and Chairman of Society of Manufacturers of Electric Vehicles (SMEV), however, is of the opinion that it will take much longer for the transport industry to become all-electric.

Mr. Jhunjhunwala, who was an adviser for central government associated with India’s ambitious electric vehicle programme sometime back, suggested that for using innovative alternative solutions for electric vehicle technology adoption and called for the application of the Internet of Things (IoT) to get the maximum out of batteries. Internet of Things is the network of devices such as vehicles, and electronic appliances that contain software, sensors, and connectivity through which allows these things to connect, interact and exchange data for better performance and smooth running.

He asserted that batteries should be improved as these dominate the cost of electric vehicles and suggested a reduction of battery sizes, weights and costs and splitting battery into smaller sizes. He said that with more focus on research and development and with the right steps, electric vehicles can become affordable and India’s transport sector can become all electric by 2030. He said the ‘One size fits all’ strategy does not hold good in the case of electric vehicles as the vehicle composition is different in India owing to the multitude of public transport and low-cost vehicles.

Mr. Jhunjhnwala further said, “The country’s economy would grow much faster if dependence on oil is reduced. Start-ups and industries who are working towards the cause of electric vehicles need to be encouraged.”

Mr. Gill who holds a different view on the matter said,

Transport is a huge sector. It will not be possible to achieve 100 per cent electrification anytime soon. For example, the heavy-duty truck will take a very long time to become electric. There are some segments like electric two-wheelers and three-wheelers where it would be possible to achieve the government’s EV mission 2030 of achieving 30 per cent market for electric vehicles and even beyond that. But in some segments like heavy-duty trucks, buses, and cars especially for private use, it will not be possible.

He further said that the government has recently decided to focus on achieving 15 per cent share of the automobile market for electric vehicles in the next five years and then think of 30 per cent by 2030. According to him, 15 per cent is a doable target in case of two-wheelers and three-wheelers because they don’t need a very big amount of government subsidies, and the industry can evolve by itself. Also, it is very easy to get paybacks to the consumers in terms of savings on running costs and daily earnings of people using three-wheelers for commercial purposes.

According to an estimate by SMEV only 3000 e-cars, 70 e-buses, 54,000 e-two-wheelers are running on India’s road. All these figures are less than one per cent when compared to their fuel-burning counterparts and even if the demands for EVs increases every year, it will still be less than the target because the demand for the fuel combustion vehicles will also increase. Mr. Gill said,

When we have this low per cent of EVs today, how can we expect 100 per cent market share in just ten years? It’s unimaginable. Although, if the visibility and awareness on EVs increases immediately, then one can hope for some electrification of transports in India.

He further explained that if the two-three years of the targeted period are just being used to build awareness, then it will be very difficult to achieve the target of even 15 per cent electric vehicles in the next five years. He said,

Another expert Narasimhan Santhanam, Director of Energy Alternatives India, also thinks that while electric vehicle sector has immense opportunities for the startups and established automobile players, only electric two-wheelers and three-wheelers are going to make the EV mission 2030 possible along with public transports like buses and shared automobiles like cabs. However, in the long run, as the technology becomes cheaper and the vehicles become affordable and the charging infrastructure becomes stronger and more advanced, private four-wheelers will be able to get into the mainstream and compete with their fuel burning counterparts.