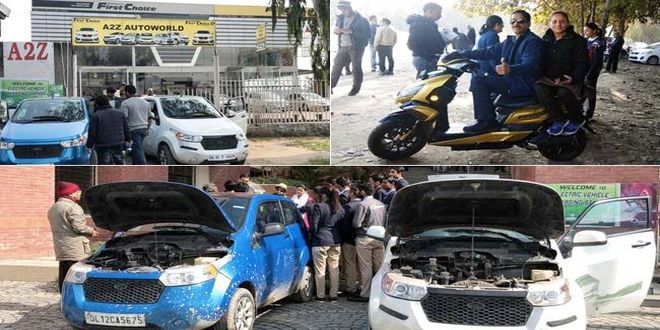 New Delhi: “Electric vehicles can climb hills, they can go outside cities, and they are very convenient to use”, said Farah Halim who travelled in electric vehicle and absolutely oil free for the 570 kilometres from Delhi to Mussorie and back, along with five other electric vehicles (EV) enthusiasts. The aim was to make people aware about electric vehicles and install charging points on the way. The participants started their journey on February 15 from Delhi and reached Mussorie on February 18 making stops at Meerut, Muzaffarnagar, Roorkee, and Dehradun. The rally returned to Delhi on February 19.

The rally was organised jointly by PlugInIndia, a community of EV users and enthusiasts in India who have been promoting EVs since 2013, along with Nature Science Initiative, a network of environmental researchers and Been There Doon That, a community dedicated to help citizens connect with the heritage of Uttarakhand.

The rally used two electric cars and three e-scooters and encouraged curious passers-by to take a test drive. According to Ranjan Ray, a participant in the rally,

We used Mahindra’s two-door E2O classics which the company has stopped making but I have been using it for last five years. I brought my old car to the rally to demonstrate that in spite of using the cars so much, these can still travel long distances. 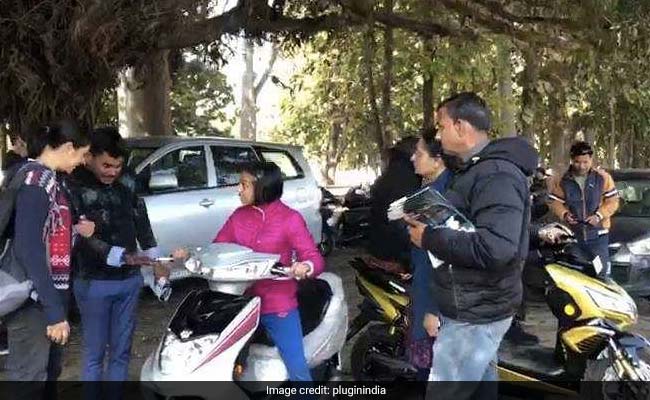 Talking about the need of switching to EVs, Kamlesh Mallick of PlugIn India said that EVs are the future of the automobile in India which is evident from the sudden push the sector has started receiving from the government. He said,

EVs should have become a very normal sight in India by now but we are going way behind than other countries. People used to be oblivious and resistant about EVs a few years back. They used to consider EVs nothing more than a toy. It is only now that we see that this perception has started to change. However, they are still waiting for more affordable and practical options in four-wheelers.

According to Ms. Halim, during the whole journey, 50 units of electricity was consumed and 45 litres of petrol was saved, on every car.

At Quantum University, about 25 km from Roorkee, the rally conducted a discussion to educate the students, professors and other staff members about EVs and installed a community charging point in the campus. 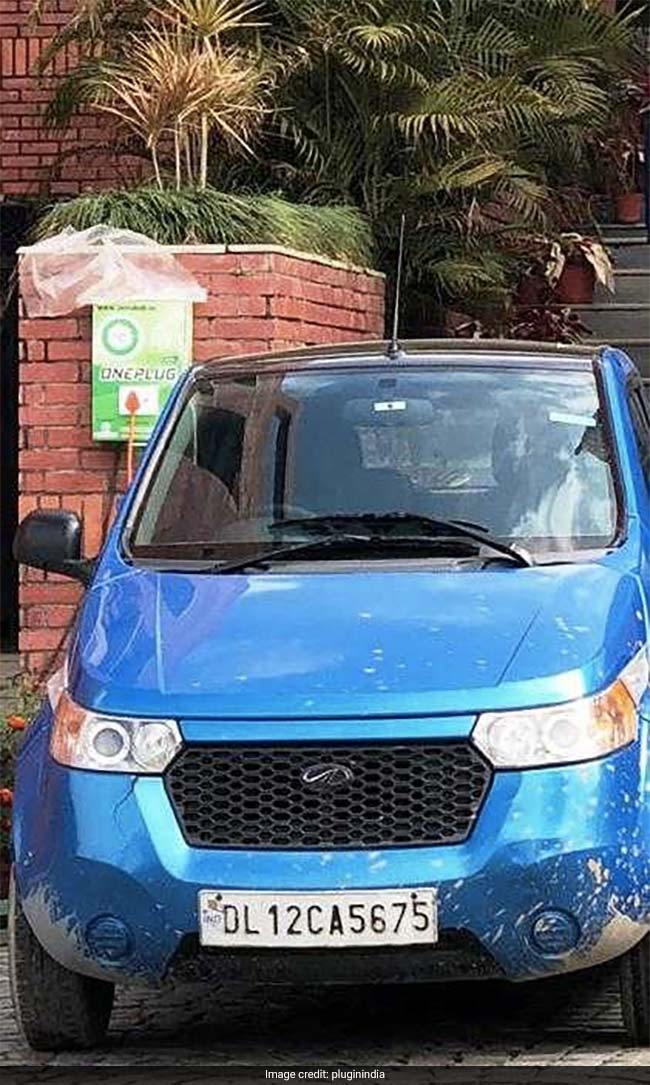 One community charge point was installed at Quantum University, Roorkee by Zero Bill and PlugInIndia

People asked a lot of questions during the discussions. We were glad to see the enthusiasm of the people. I can say that there will be a lot of two-wheeler conversions for sure because people enquired about places in Dehradun from where they can get one. But people are still waiting for good four-wheelers to come in and which can offer a diverse price range and have them select between Mahindra Electric and others.

Experience Uphill In An Electric Vehicle

After staying at Dehradun overnight, the rally started its journey to Mussiorie. It was found that the car was absolutely at par with fossil-fuel combustion cars in terms of negotiating the uphill climb. However, according to Ms. Halim, when an EV goes uphill, it drains a lot of battery but when it comes downhill it recharges the cars because of the regenerative brake feature of the car.

Regenerative braking is an energy recovery mechanism installed in most electric vehicles which convert the energy produced in the form of friction caused by applying brakes into a form of energy which can either be used immediately by the EV or stored in its battery until needed.  Ms. Halim said,

When we reached up to Mussorie the battery drained to 30 per cent but coming downhill, the car recharged back to 80 per cent. It was like magic.

The purpose of rallies was also to electrify the route between Delhi to Mussorie by creating five charging community points. Startups ‘Zero Bill’ and  ‘Trydan Clean Tech’ volunteered to install and maintain the charging stations. Charging points have been installed at Meerut, Munsoorpur, Muzzaffarnagar, Roorkee, Dehradun and Mussorie.  Mr. Ray said,

When we started the journey, we checked the number of charging points on the highway connecting Delhi to Dehradun using a mobile app created by PlugInIndia called ReChargeIndia. We found that there were zero chargers. But when we came back and refreshed our app, we could see the five chargers that we installed. It was a happy moment for us, EV enthusiasts. 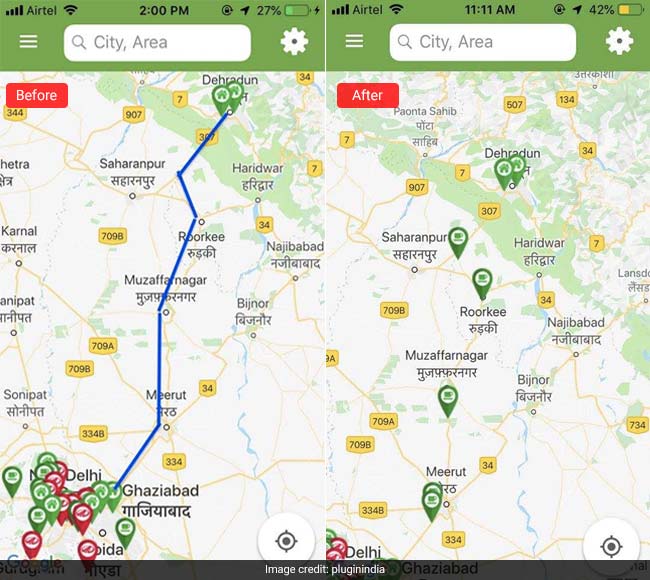 A participant Soumya Prasad, who believes in following Gandhian principles, use solar power at home and lives an eco-friendly life said,

Gandhi ji once said, be the change you want to see in the world.  I and my family are trying to build an eco-friendly world around us. Switching to electric vehicles is one of the most important steps towards that, better still, drive EVs powered by solar energy and reduce the use of fossil fuels at every level.