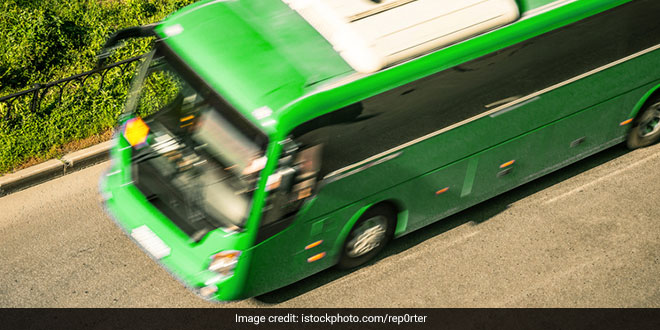 New Delhi: In an effort to push electric mobility in the state and to encourage people to adopt greener means of transportation, the Jammu and Kashmir government will be deploying 40 low-floor electric buses in its public transport fleet by March 31. The electrification of public transport service is being done as a part of the state government’s green mobility initiatives to keep air pollution caused by vehicles in check. A senior official of Jammu and Kashmir State Road Transport Corporation (JKSRTC) said,

The state government wants to push electric vehicles among the people and for this electrification of public transport has been started and soon we will have our first batch of e-buses.

According to the official, JKSRTC will be deploying 20 e-buses each in Jammu and Srinagar on separate routes for intra-city travels. These buses will be incentivised under the FAME India (Faster Adoption and Manufacture of Hybrid and Electric Vehicles) Scheme that focusses on encouraging the production and use of electric and hybrid vehicles by providing subsidies. These will be 30 seater buses which will have a capacity of carrying 50 passengers (30 sitting and 20 standing) comfortably and can run for up to 150 km in one full charge. As far as the fare is concerned, the official said that it will be slightly lower than the fare charged in conventional buses because the running cost of electric buses is much lower.

The e-buses to be included by JKSRTC in its fleet have been manufactured by Tata Motors and have been successfully inspected by the Central Institute of Road Transport (CIRT), a government-run body, established under the then Ministry of Shipping and Transport, said the official. The official said,

We want to encourage ‘Made In India’ product and so we are buying e-buses from Tata motors instead of going for Chinese alternatives available in the market.

The charging infrastructure for supporting a smooth running of these buses is also being developed at various depots where the buses can be parked for charging. These buses can be charged in 90 minutes to 2 hours by a fast charger.

The zero-emission, zero-noise e-buses are being painted in green in order to set the buses apart from the other conventional state buses. The official said,

We want people to recognise electric buses and use them for their intra-city travels. That’s why we have asked Tata Motors to color them green and these buses look very beautiful. Green and eco-friendly must become a way of life for all of us. We need to be more sensitive about our environment and need to more mindful while traveling. We are hoping that these green buses will prove to be significant in changing people’s perspective and lead them to make a transition from their pollution causing vehicles to more eco-friendly alternatives.