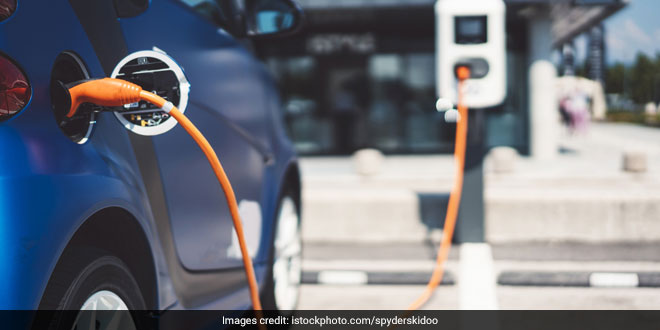 New Delhi: In a bid to further clean mobility and combat vehicular emissions – a major source of air pollution, the government of India has made it clear that electric vehicles (EV) are a priority. Presenting the interim budget for 2019, Finance Minister, Piyush Goyal declared that India will lead energy revolution with electric vehicles. States like Kerela, Karnataka and Telengana among others, have already announced the initiatives being taken by them to bring EVs to the centre stage. With electric mobility being the key dimension of India’s development vision 2030, a Mumbai based start-up, Gegadyne Energy has revolutionised the EV landscape in India with their supercapacitor battery that charges electric vehicles within 15 minutes.

Presently, Lithium-Ion (Li) is the major source of powering the EVs. Since 2006, when the demand for Li batteries in EVs had just come to fore, to 2016, when EVs contributed the 50 per cent of the demand of Li batteries, globally. However, these batteries take longer to charge and can cost up to 40 per cent of the vehicle’s price, therefore may not be feasible for a large part of India’s population. In order to make EV more feasible for the end user, the need of the hour is the cost of the battery to become more affordable with reduction in the charging time which usually could be anywhere between 60 minutes to 12 hours depending upon the charging station and the type of battery.

Founded in 2015, by Jubin Varghese and Ameya Gadiwan, two college dropouts, Gegadyne energy claims to have created an exclusive battery technology that can charge from 0-100 per cent under 15 minutes, while compiling to highest safety standards compared to any existing battery technology across the globe. The battery developed by the duo is based on supercapacitors which is known to be more efficient than the Lithium-Ion (Li) based batteries.  Jubin Varghese, Co-founder of Gegadyne Energy, said,

Our technology is scalable, international patent pending, validated and more importantly consists of proven steps in a proprietary arrangement. The technology is being developed exclusively in India for the world. We are aiming to leapfrog batteries to the next stage and thereby change the economics of Electric vehicles and everything else associated with them now and in the future.

Mr Verghese further states that since India aspires to achieve 30 per cent EV sales by 2030, the country can potentially rise to the top in the battery manufacturing industry since a large chunk of purchase price of an EV today is the battery. He added,

Not only is this economically feasible, but also sustainable.

India has the opportunity to leapfrog into supercapacitors based batteries, given the innovation by Gegadyne Energy, and become self-reliant in its need for energy for EV. Our goal is to have the first commercial iteration of the battery pack by the first fiscal quarter of 2020, that’s when we believe the EV marker will truly lighten up and we will have more players and more interesting technologies in the market.

Mr. Verghese stated the startup’s vision as a future wherein you could drive an EV to a charging station with less than 1 per cent battery and drive out of the same within 15minutes with a fully charged batteries. The experience of the EV owner should be exactly like fuelling at a petrol pump, he said.

Gegadyne Energy raised a Seed Round of Investment from Mumbai Angel Network in January 2018. The company is aiming to raise $10 million in its next round.

Kolkata On Zero-Emission Pathway, CM Mamata Banerjee Flags Off 20 Electric Buses In The City, 60 More To Ply On Roads Soon