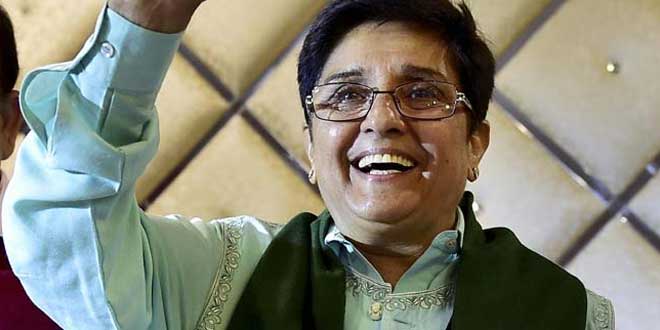 Puducherry: Lieutenant Governor of Puducherry, Kiran Bedi today urged residents and other sections of people to ensure there was no open defecation as the government was keen on enabling construction of toilets in households in the Union Territory.

Declaring Velrampet Lake, a major waterbody in Mudaliarpet Assembly segment here, as an open defecation free zone, she said the government was implementing the Swachh Bharat and Swachh Puducherry schemes on a fast track.

“It is the initiative of Puducherry government to ensure that the whole Union Territory becomes open defecation free by October 2, 2017,” she said.

The lake and its neighbouring areas have been given a facelift and it is now an open defecation free zone.

According to a release, the Union Territory government has spent Rs 75 lakh to spruce up the vast stretch of the lake.

Kiran Bedi was on one of her frequent visits to the lake during her weekly spot visits to launch `operation garbage’ programme in and around Puducherry.

Chief Minister V Narayanasamy, who was also present, said government would soon engage around 1,000 members of women Self Help Groups to ensure that school premises and toilets are maintained properly in all government schools.

He said the government was taking care of the welfare of the people, particularly the weaker sections.

Stating that Swachh Bharat Abhiyan was being implemented fast, he said each of the 50,000 households lacking toilets would have them through a Rs 120 crore project, for which funds have been earmarked by the Centre.

Each household would be given subsidies to construct the toilets so that Puducherry and its outlying regions of Karaikal, Mahe and Yanam became open defecation free by October 2, 2017.

He also said steps have been intensified to curb the activities of anti-social elements in Puducherry.

Now A Swachh Map To Track Cleanliness in Gurugram