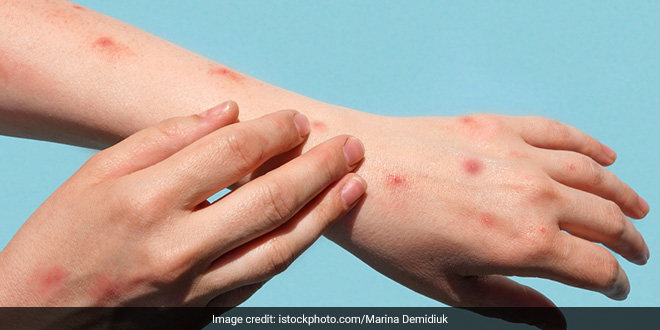 New Delhi: On July 24 (Sunday), a 34-year-old man tested positive for Monkeypox, the disease that has taken the world by scare, in the National Capital – New Delhi. According to the data shared by the Health Ministry, this is the fourth case in India. Delhi man is a resident of Paschim Vihar in west Delhi and has no history of travel to countries affected by the disease, unlike the other three cases reported from Kerala, as per the statement by the health officials.

Monkeypox, which is a zoonosis, a disease that is transmitted from animals to humans, is an orthopoxvirus that causes a disease with symptoms similar, but less severe to Smallpox.

The rapidly spreading monkeypox outbreak has now been tagged as the global health emergency by the World Health Organisation (WHO). To understand the dangers of the virus, how it spreads, what should be done and is India really prepared to handle another emergency, NDTV speaks with some of India’s top experts.

Talking about some of the symptoms that the Delhi man experienced, his condition and recovery so far, Suresh Kumar, MD, LNJP hospital, where the Delhi man, who contracted Monkeypox is being treated, said,

For now, the patient is recovering very well. He had the history of fever for five days and then he had skin lesion, first eruption was seen in lower limb and then abdomen, thorax, upper limbs and gradually palms. Initially, he was just suspected with the case of Monkeypox, but, for precautionary sake, we sent the samples for lab testing and thereafter he was confirmed positive for the virus.

Highlighting further if the disease is dangerous or not, Dr Gagandeep Kang, Virologist said,

The strain of Monkeypox that is circulating around the world at the moment has the relatively low case fatality rate, it is the strain that in Africa has about 3 per cent case fatality, but when it has affected people around the world where healthcare in general much better than the rate has been much lower than that. So far, five deaths have been reported out of 16,000 plus infected individuals. And most often death tends to occur in small children or in people who have significant immune compromising comorbidities such as HIV.

Explaining what will happen if this disease spreads further, mutations and should we be worried about this disease, Dr Kang further said,

This is not an RNA virus, so we should not expect too many mutations to accumulate too quickly. Also, we cannot relate this to what we have seen with COVID-19. Nonetheless, it is a public health concern because prior to this the outbreaks were relatively limited and many were traced back to animal to human spread. But what we are seeing now is clearly human to human spread and that is why we should worry and put in place public health measures. This virus spreads through respiratory route and most of the times it happens when people are symptomatic, so if we are aware of symptoms, if we track travel history, if we trace people who have contracted the disease, make sure they are isolated, or when we have the vaccines, provide ring vaccination strategy, we should be alright. It is not something to be scared of, we just need to be watchful.

It spreads through close contact, if you are talking to one person for long time without any contact or through skin contact. This means it is not like SaRsCOVID-2, which spreads through aerosol in crowded place and that is why it will not be as big that we need to be so worried about.

Commenting on, if the disease is not fatal and something that one should not be worried about then why did WHO declared it as a public health emergency, Dr Kang added,

So, there is one thing which we don’t know about Monkeypox and that is the reason why it has been tagged as a public health emergency and that is why is this disease spreading at the faster rate now. It is not like human-to-human infections didn’t happen previously, but those intended to be limited outbreaks. Now, we are seeing a spread on a scale, geographically and in terms of numbers that we haven’t seen before.

Talking about vaccines for Monkeypox and treatment, Dr Mishra said,

There are two vaccines approved by FDA that can be used to prevent the infection. But, i don’t think, they will be available at a very large quantity, depending how it goes, the vaccine production can be accelerated. These are whole virus-based vaccines, so it will take time to even accelerate the production. Another thing is people who are vaccinated for small pox are also protected against this disease as these two diseases are very closely related. I also don’t think, we will need huge vaccination drive for this disease, we just need to give it to people who are vulnerable.

Explaining the precautions that one should be taking, Dr Kang signed off by saying,

We need to ensure we clean our hands regularly, masking and personal hygiene practices which we were following for COVID-19, remains same. This will be our way of protecting ourselves from Monkeypox disease.

Related Topics:
Monkeypox
Up Next

Living In The Shadows Of Asia’s Largest Garbage Mountain, The Ghazipur Landfill